This weekend I went away with David Oliver and Peter Eastway — two of Australia's leading photographers — and some friends from the Flickr Focus group. 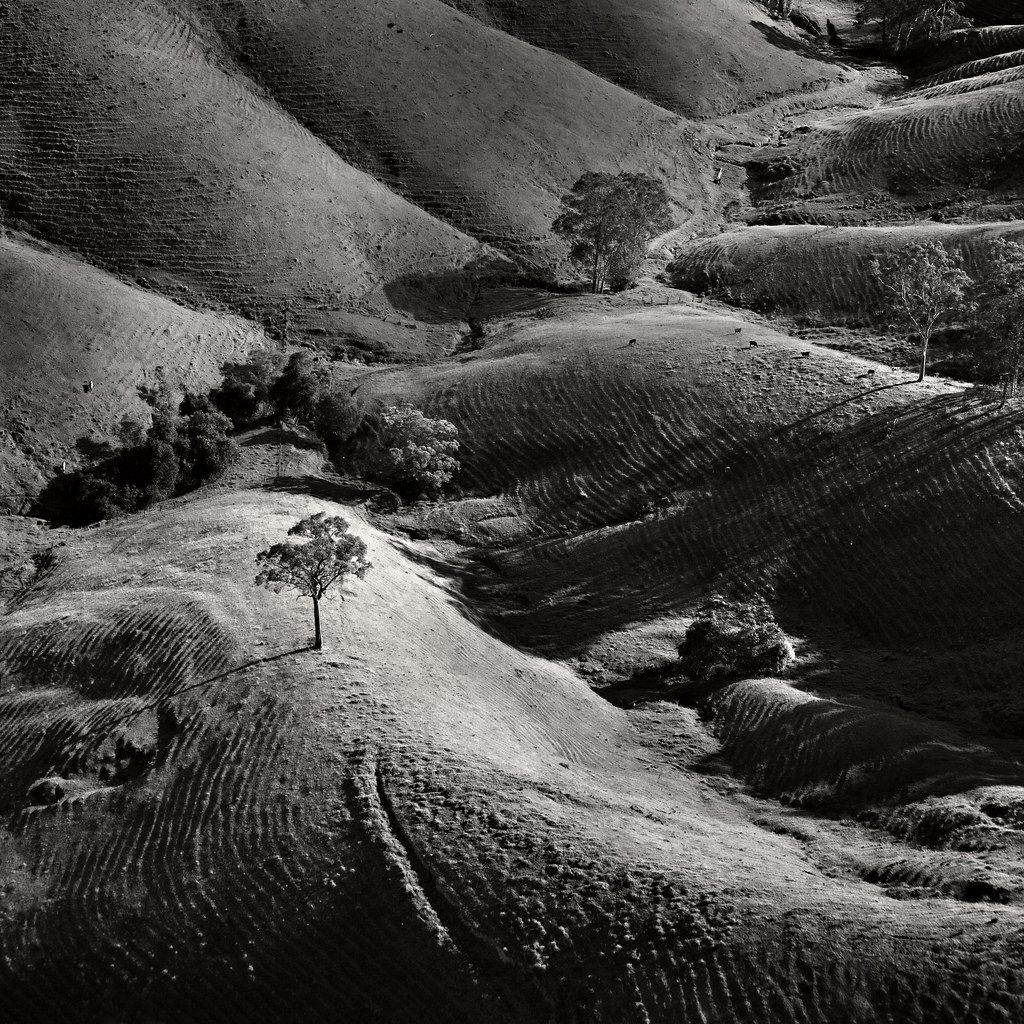 A glorious patch of light illuminated this isolated tree on the rolling hills, and a natural leading line points right at it.  Also hidden within the intricacies of this image are animals grazing on the hills.

It was a fantastic weekend, and this image alone was very pleasing.  Peter made an A3 print of this image, so I will have it framed and hang it proudly in our home.