Looking back, I have unfortunately neglected to write much here for the second half of 2018. Photographically, 2018 was not a big year.

However, 2019 started off very nicely with a trip to Western Australia, in which we were based in Perth.

This was a first-time experience, and naturally, I had a list of subjects and places I wanted to photograph.

In our short time, I did not capture all of the images I wanted to captured, but I did tick a few off the list, and came away with some rare images.

On our second day, we did some tourist activities in the city, one of which was a visit to Kings Park.  It was one of the locations on my list.  In fact, for that day, I had planned to shoot Elizabeth Quay at twilight; but I also wanted to shoot the war memorial in Kings Park at golden hour, followed by a cityscape at twilight.

Kings Park offers sublime elevated views of Perth, and may just be the only major Australian city which offers an elevated view from a publicly accessible place.

After our first visit of that day to Kings Park, I changed my mind about the plan, and decided that we should return and execute the photography plan there on that day.

As the afternoon wore on, the cloud increased, and the light became very glary, flat and dull.  My hopes for golden hour were fading, but I figured we would stick around anyway, as there was still the potential for a moody twilight.

Late in the afternoon - actually, technically evening - some golden light started to appear on the buildings across the water.

I set up my rig and played the waiting game.

Within a matter of minutes, the light started getting interesting, and before too long, there was an amazing glow of golden light on buildings.

This is what I saw: 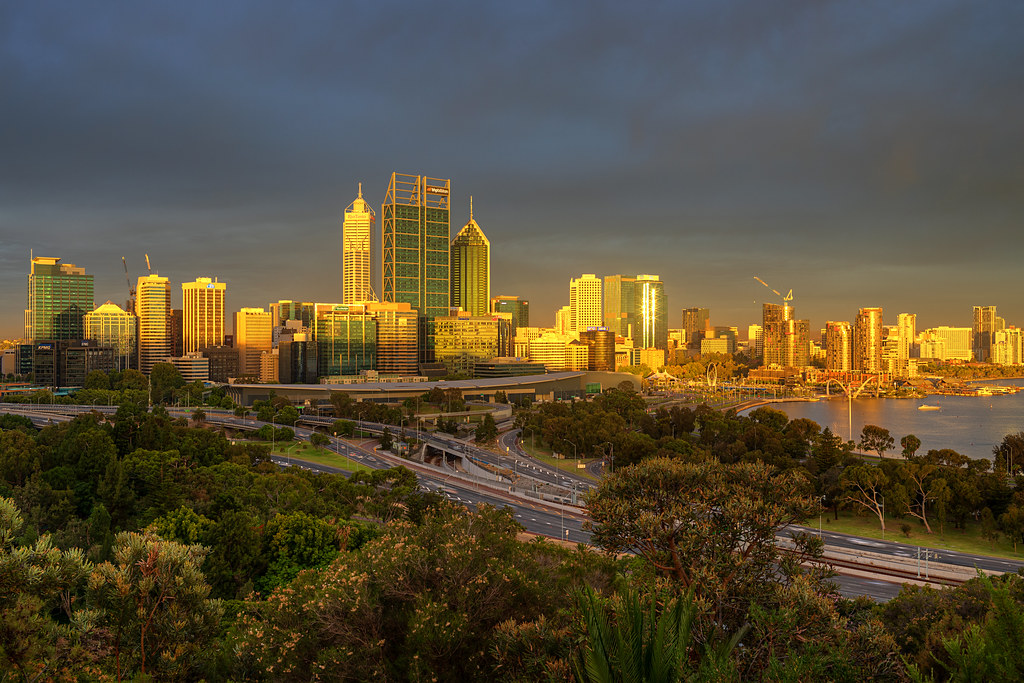 Despite the horrible cloudy sky, the cloud in the west had not completely obscured the sun, and as a result, some intense light struck the city.

The combination of a darker, cloud-laden sky in the east as the intense warmth of the sun shone through from the west, made for an amazing sight.

The next image I captured showed a blend of golden light, plus the beginning of the more intense warm colours as the sun inched its way closer to the horizon. 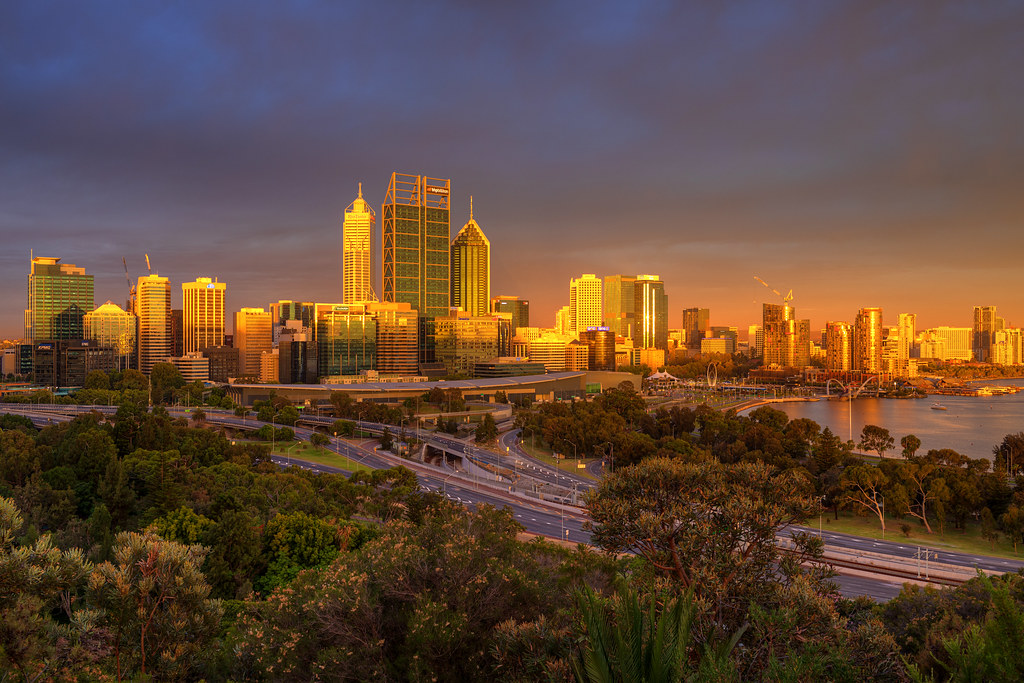 I was in paradise.  This was the spectacle which had unfolded:

Light like this is so rare.  It really is the stuff of postcards.  I have only seen conditions like this on a few occasions, and rarely am I in the right place at the right time.

On this day, I was, and I captured the magnificence of light which is not only amazing in a photographic image, but exceedingly pleasant to watch with one's own eyes.

A little while later, this magical pink glow gave way to the onset of twilight, and I completed the sequence of images. 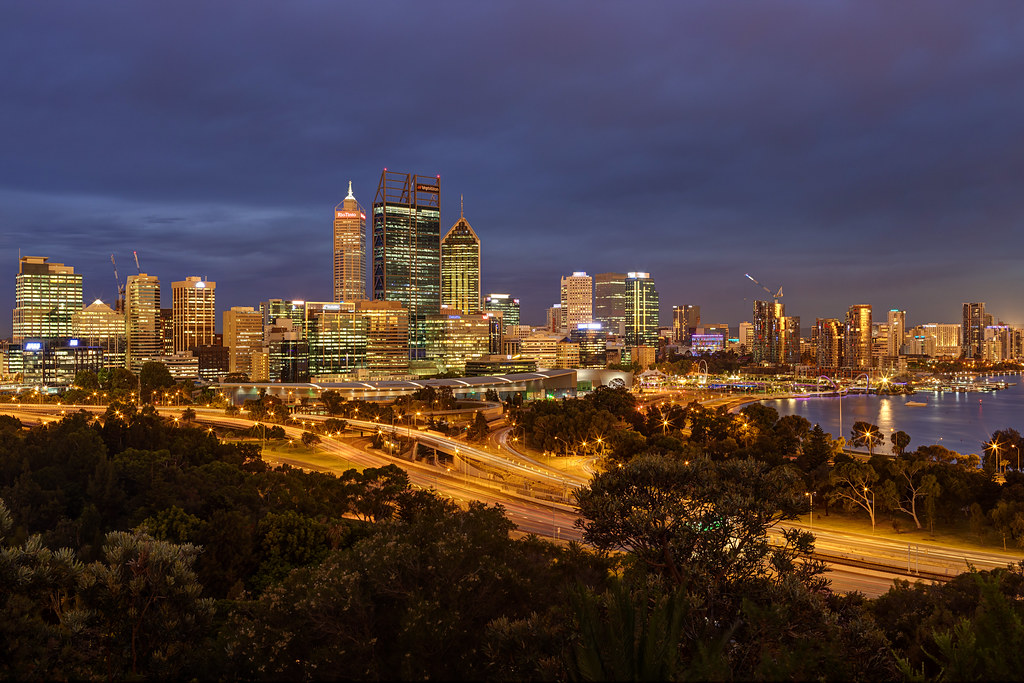 What a magical afternoon for photography.

Earlier in the afternoon, the conditions looked decidedly atrocious, and if we were somewhere else and not already committed to the shoot, I would have likely decided not to bother, because the light was terrible.

What I did not know was that it was a blessing in disguise.  The conditions were ideal; I just did not know it at the time, as we had restricted visibility of the western sky from where we were positioned.

In one session, the sky went from dull grey to intensely golden, and then to intensely pink and red, followed by gold and blue as evening fell.

What a shoot.  Conditions like this are rare, but this was the one occasion on which the big fish did not get away.