Our anniversary day was last week, and I bought a bunch of roses for Xenedette as a surprise.

Last weekend I decided that I might shoot a macro image of the petals of one of the roses.

I decided to shoot in natural light, and sprayed the petals with a water gun to produce the water droplets.

After setting up, I bracketed exposures from -1EV to +1EV and then produced an HDR composite, on top of which I applied manual exposure blending and Calvin Hollywood's 'Freaky Detail' technique to bring out even more details.

Here is the result, with which I am quite happy. 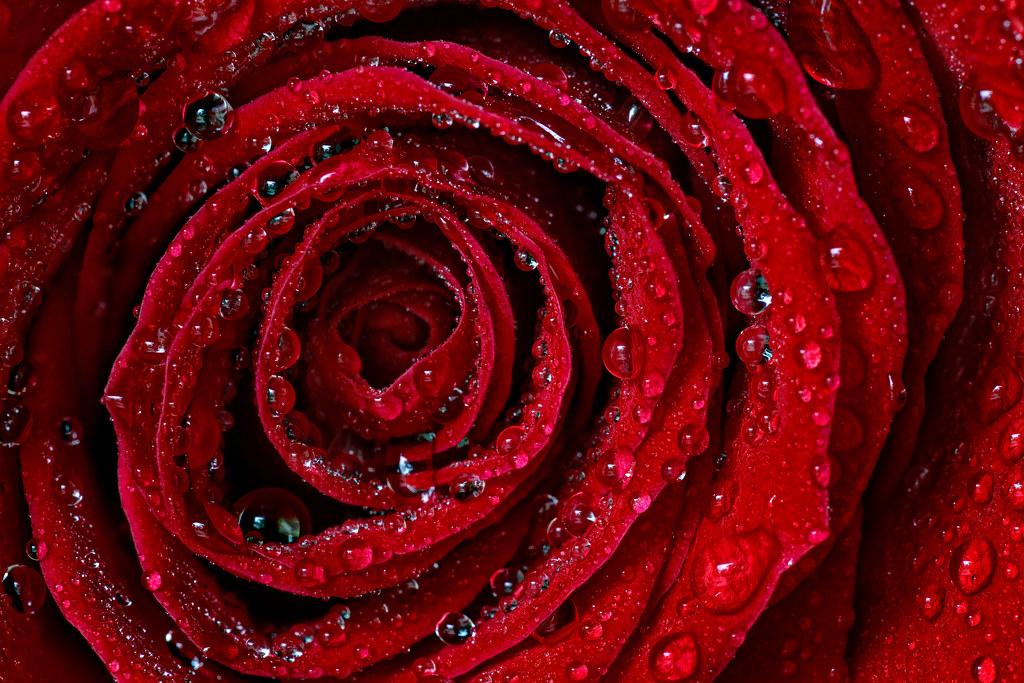 I am not one to shoot flowers at all, and macro photography is something with which I dabble only very occasionally.  In this case, it was worth the effort.

Unfortunately the roses are not looking as healthy now as this one did when I photographed it!