The year 2011 has now passed us, and photographically, for me it was a year in which seascape imagery took a very pronounced back seat to other forms of photography.

My photographic output was generally lower than my efforts over the previous five years, but my focus in 2011, when I did shoot, was cityscapes, architecture and HDR imaging.

Looking back at my seascape efforts in 2011, I headed out for only a handful of shoots, and on one occasion the light was decidedly so bad that I downed tools.  I became decidedly disinterested in seascaping, and was generally not motivated.

In the past few weeks, I have started to get the seascaping 'itch' again, and have decided to return to seascaping in 2012.

I have a shoot planned for Saturday at a location which has been on my list for quite some time, but which I have never managed to visit.

And while I am still on leave from work, I will be venturing out for a few other seascape shoots, commencing this week.

In the mean time, here is an early morning image I shot during our recent holiday to the New South Wales Central Coast. 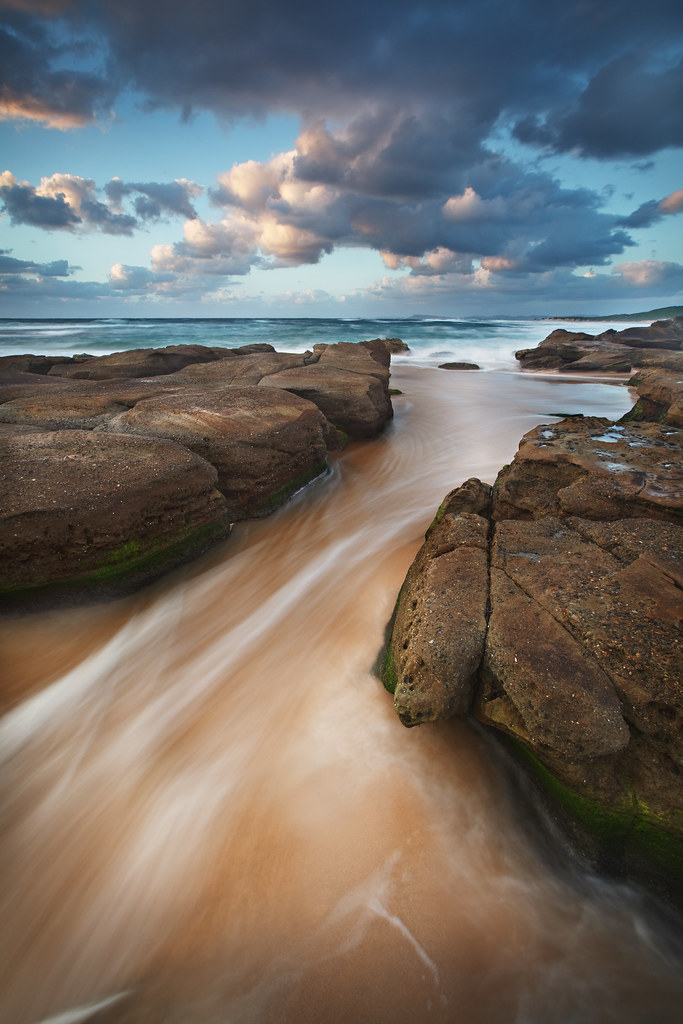 I am feeling motivated, I am wanting fresh, dramatic images; I am re-connecting with seascape shooting buddies, and combined with the time I have available to me over the next three weeks, it is time to make hay while the sun shines; so some new seascape images can certainly be expected of me this year.