After some recent strong urges to return to seascaping, I jumped back in (figuratively and literally) this morning.

At 4:45am, I met Tony at Turimetta (a veritable 'Mecca' for seascape photographers) on Sydney's Northern Beaches, and we headed down to the famous Turimetta gorge on the southern end of the beach.  My original intention was to shoot the northern end, which I hve only shot once; however, there was plenty happening at the southern end.

There was some patchy rain and some thick layers of cloud, which I could tell would make for some dramatic seascaping that would be easy on exposure.

After a few early compositions in and near the gorge, I found something further out on the rock shelf which grabbed my attention. 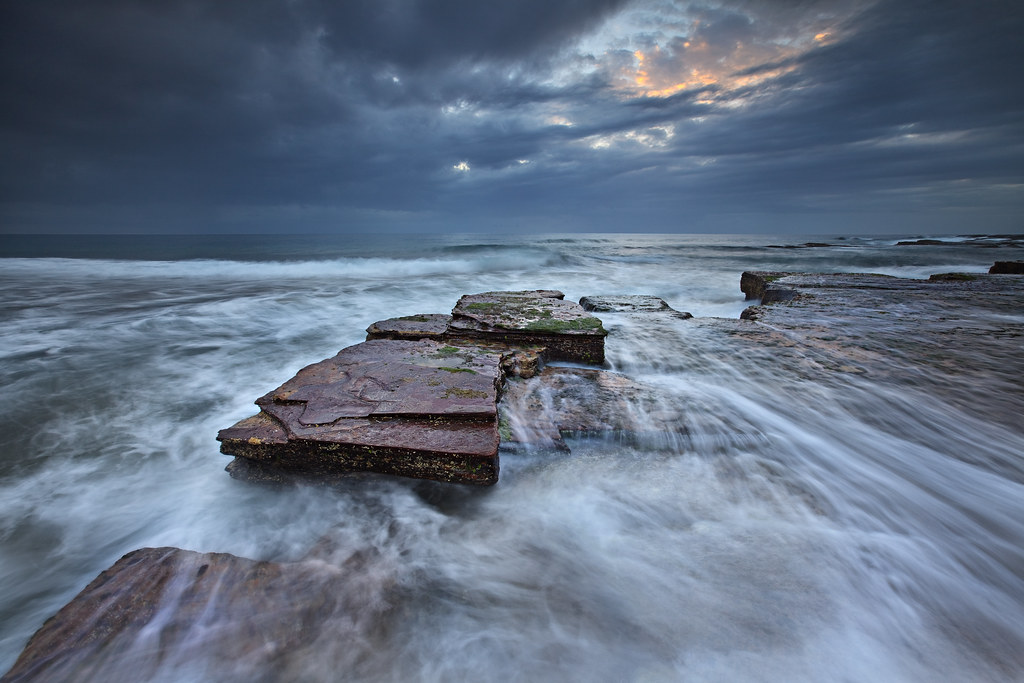 It was a fantastic feeling to be out on the rock shelf, splashing around in water and having fresh, cool ocean water surround me and my tripod as the waves and swell came crashing in under a tempestuous sky.

I am pleased that my first seascape of 2012 was greeted with very favourable conditions, and I am looking forward to my next shoot at a more exciting location on Saturday.

In the coming days I will have some fresh images from this morning's rewarding shoot.