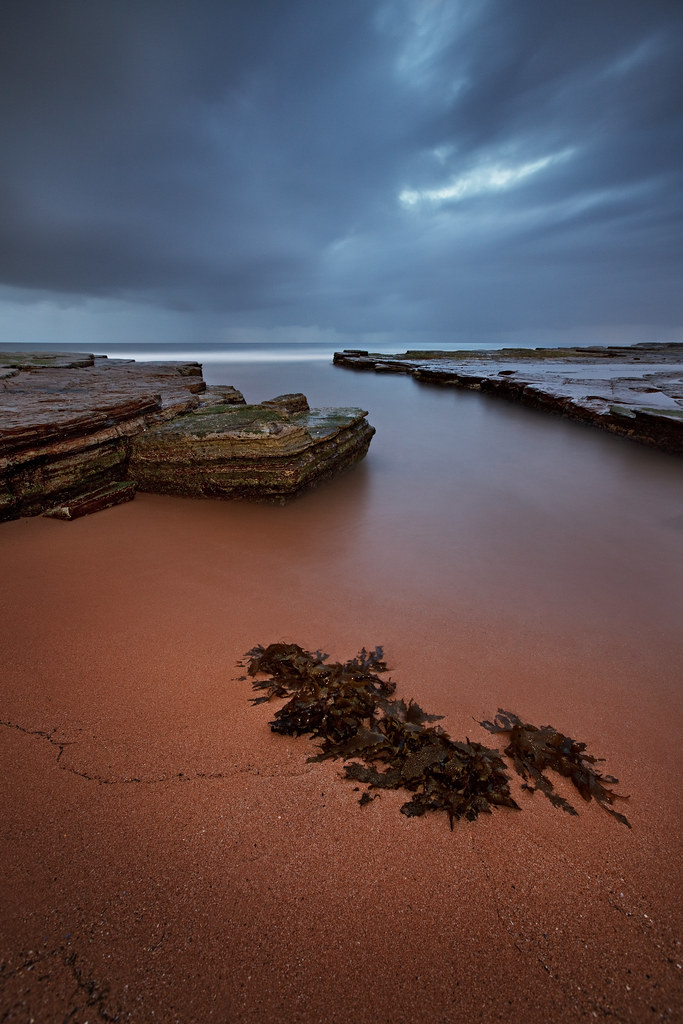 The first image above was taken shortly after arrival, and in the pre-dawn darkness, the moving water is abstracted to the point where its movement is almost invisible.  A sense of calm is evoked as the clump of seaweed sits stranded on the sand bank.

Nearly an hour later, I shot this image: 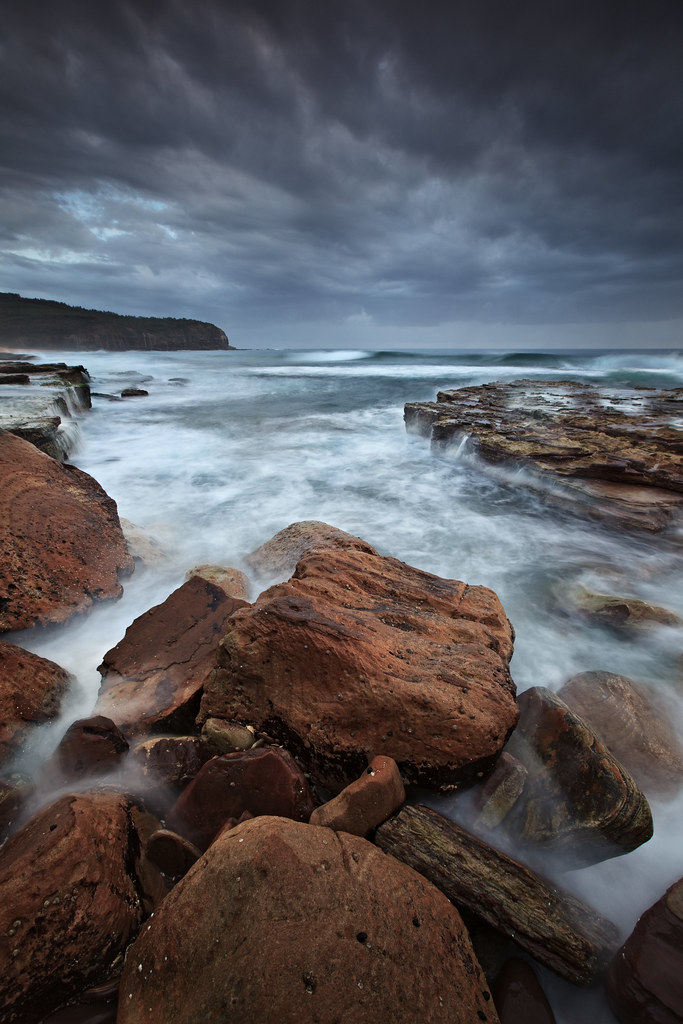 The above image is very different to the first, in that the distant brooding sky, turmoil in the water and calm, warm tones of the rocks provide contrast within the image itself, and also contrast with the earlier image.

This goes to show that it is possible, in the same shoot at the same general location, to achieve varying images with a distinctly different look and feel.