This morning I met up with around 15-20 other seascape photographers for a dawn shoot at Whale Beach and breakfast at Newport afterwards.

It was an epic seascape shoot, with people everywhere.  We managed not to get in each other's way, which is quite something, given the number of shutterbugs.  Fortunately, there is plenty of room, and compositions are bountiful.

The conditions were superb, with a brooding sky and rich red/orange colour on the horizon from the rising sun.

Whale Beach, which I have only shot once (further around at Devil's Cauldron) features lots of rocks and rock shelves which are great for shots of cascading water.  The conditions this morning were very favourable, with a near-full tide and a decent swell. 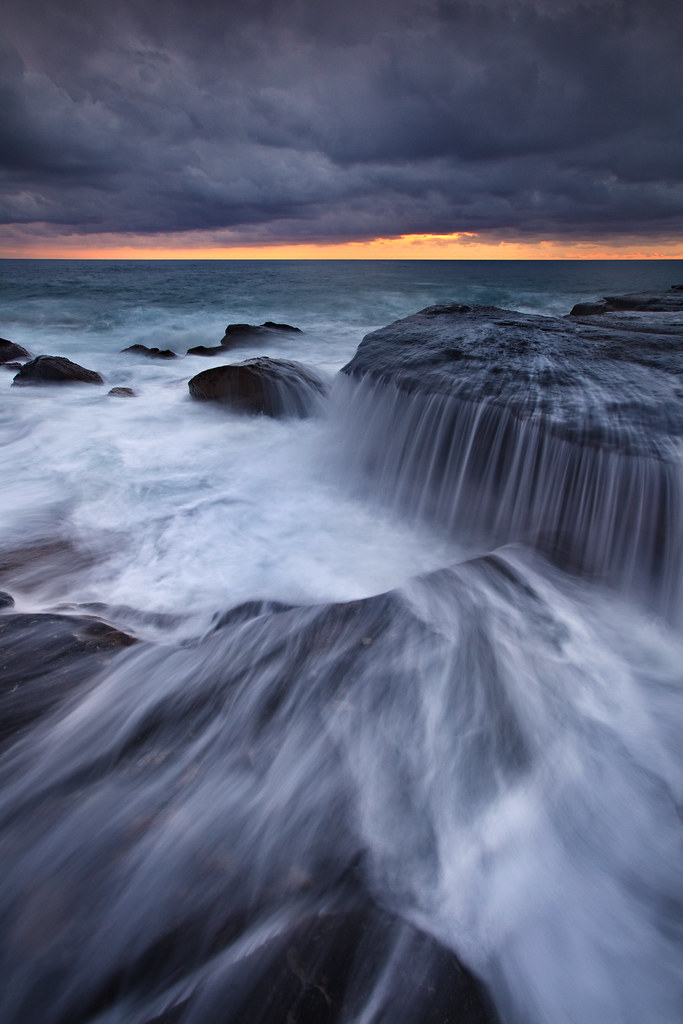 It was a very fun morning, and I met a few of the better known Sydney seascape photographers whose work I follow, but whom I had never met or seen in action.

It was a great bunch of people, and a productive morning, resulting in some pleasing images and new friends.