Often when reviewing images upon my return from a photography session, I have a clear idea of which images are the winners that will be processed and published, and which will be skipped.

However, I have found - especially after one recent photoshoot - that some time away from one's images can change one's perspective.

A fortnight ago I shot some dawn seascape images along the south Cronulla coastline, at a spot called Blackwoods Beach, which I had previously never shot.

One of the images I processed, a number of days after the shoot, was an image I had decided not to use.

This is the resulting image: 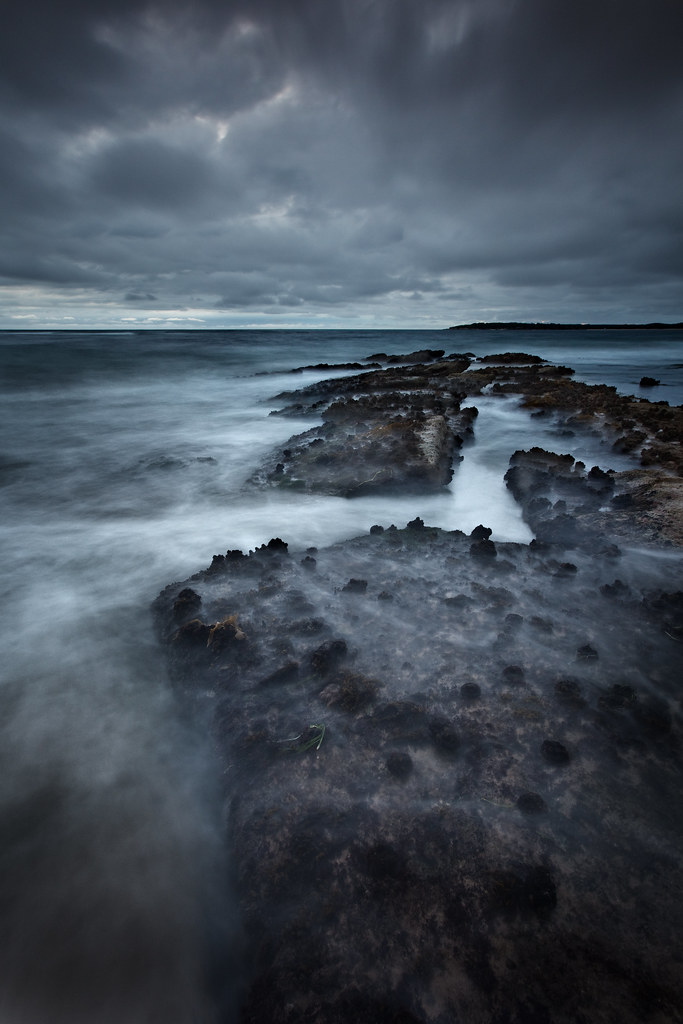 As it turned out, I was quite pleased with the image, and the style of post-processing I applied to bring out a darker, more dramatic feel to what was generally a gloomy morning.

The lesson here is that sometimes an image we see and initially discount, can later take on a different look and feel after some time away.

My advice is to review older images and see if there is a hidden gem, whose sparkle and shine some time away from the screen can bring.