As I mentioned in my previous update, the dawn/sunrise on Easter Saturday was stunning.

So far I have processed 13 images I would consider 'keepers' (ie, of a sufficiently high standard that I would publish them).  For a fussy shooter as indeed I am, that is an extraordinarily high number of images for a single seascape session.  Usually somewhere in the vicinity of four or five images would be considered a good day's worth.

By far, the image which appeals to me the most is the following: 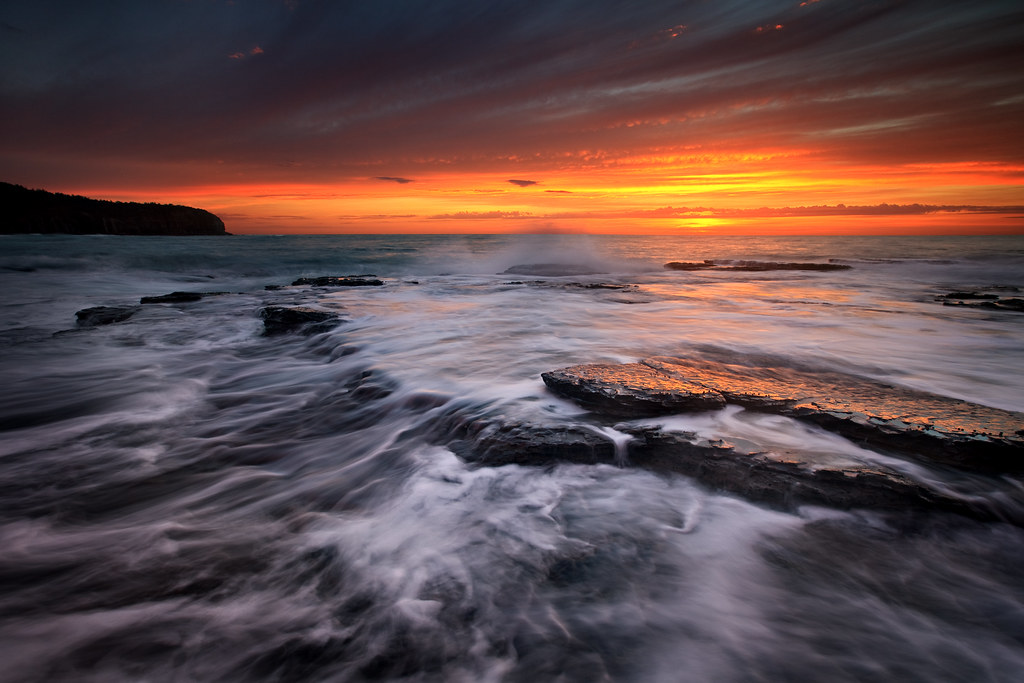 This image captures what Saturday's dawn was about: intense reds and oranges in the sky, with dramatic and often dangerous surges crashing over the rocks.

Some of my images from that morning created a deceiving sense of calm, when the reality  is that the swell was of sufficient strength to be dangerous.

A surge such as the one depicted in this image has enough power to knock a photographer off balance, with potentially disastrous results.  Every time a surge like this came crashing over the rocks, I needed to brace myself and hold my tripod down to ensure it did not move during the exposure.

The result was worth it.