The 2012 anniversary of the day I took up residence on this here planet fell quite recently, and Xenedette decided to surprise me with a short trip away and some very pleasurable experiences (get your minds out of the gutter).

I had known for a few weeks that we were going away, but I was not told where.  That made things interesting, as I had to drive us to... somewhere.

We were staying somewhere overnight, and doing something the next day.

We headed north yesterday afternoon, and arrived at this delightful little place: 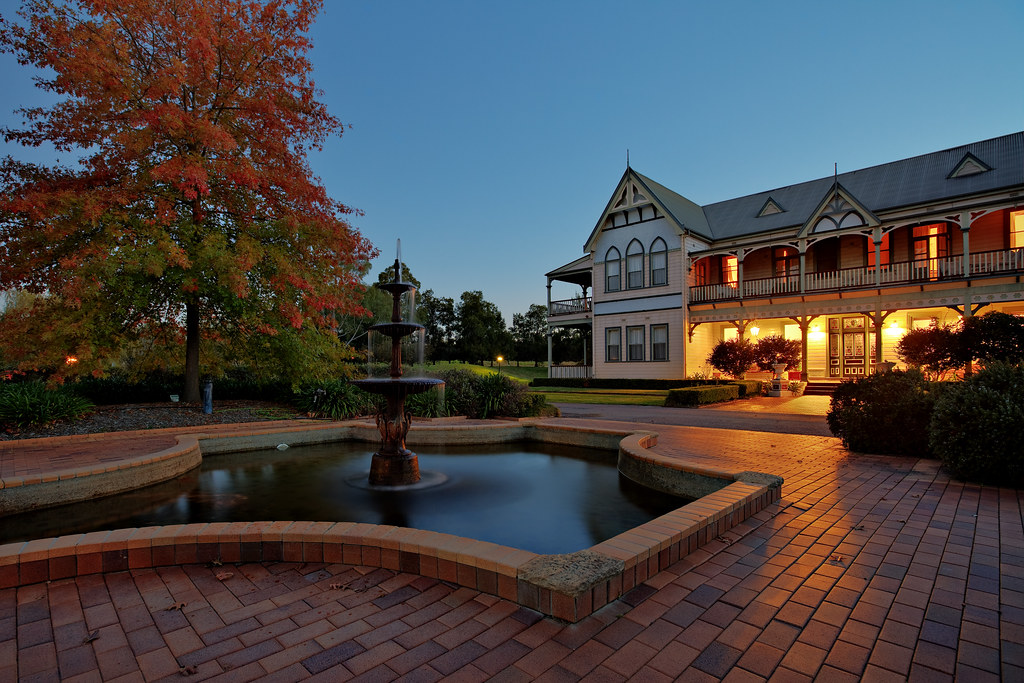 This is Peppers Convent, a secluded romantic hotel right in the centre of Pokolbin in the NSW Hunter Valley.

Peppers Convent, built in 1909, was formerly home to the Brigidine Order of Nuns at Coonamble, NSW.  The building was transported 600km from Coonamble to Pokolbin.

I decided to photograph the French Baroque-style building's exterior at twilight, and that is how it looks.  Thoroughly delightful.

Inside is a very welcoming, cosy lounge, featuring an antique piano.  It just begged to be photographed.  Here is what I captured:

Astute readers will have noticed that I neglected to elaborate on the 'what' to which I earlier referred.

Well, the 'what' was to take place today.  Last night we had a delightful dinner at the Cellar Restaurant, with some fantastic local wine (I chose a verdelho and a tempranillo, the latter of which is an under-rated, but increasingly popular Spanish varietal I quite fancy).

After checking out of Peppers Convent this morning, we headed to nearby Cessnock aerodrome, where a Robinson R44 Raven I helicopter was waiting to fly us over the Hunter Valley for a spectacular but oh-so-short 30 minutes.

Our pilot flew us all over the valley, and I was fortunate enough to convince the pilot to remove my door from the chopper so that aerial photography would be much easier.  Concave perspex is a nightmare for aerial photography, but fortunately all I had was open air and 2,000ft of nothing between me and the countryside below.

During the flight, I captured a number of still and video images, including this view of central Pokolbin: 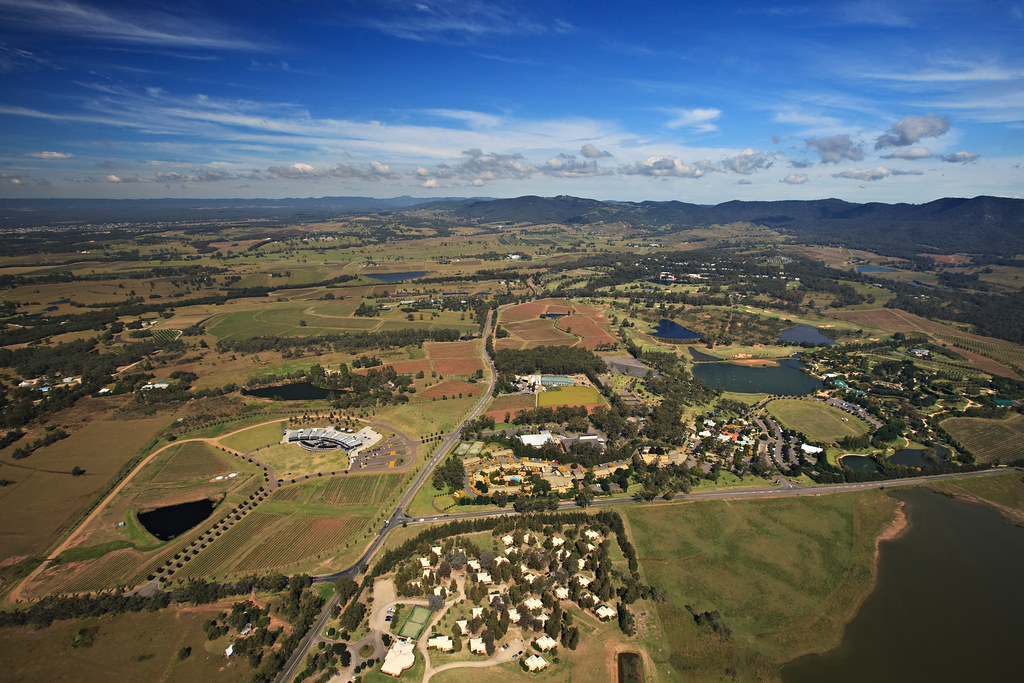 After our flight, we decided to head to Petersons winery, not far from the aerodrome.  After dinner the previous night, Xenedette ordered a Petersons port, which she adored and just had to have; and we have both tried Petersons shiraz before, which was a winner; so to Petersons we headed, and subsequently walked out with nine bottles of quite spectacular red wine.

All in all, it was a fantastic weekend, which coincidentally turned out to produce some pleasing photographic images.  I got to delve more into my architectural photography, which has been idle for a while; and I got to dabble again with aerial photography.

While I landed a few pleasing images this weekend (and quite a deviation from my usual dawn seascape fare), I landed even better experiences and memories.