Of late I have not been shooting many seascapes.

My last magical session was at Narrabeen on the 7th of April, and I have only shot two small seascape sessions since then.

My lack of activity can be attributed to a combination of a lack of time and a lack of motivation.  For me, photography, and seascape photography in particular, is just one of a number of things which needs to be balanced.

Today I spent some time processing images I had shot within the last few months.  One of the images I processed today (and incidentally, the only seascape) was a sunset/dusk image I shot at Turimetta in May.

As time progressed, it sat in the archives, out of sight and out of mind.

Here is the result of today's efforts: 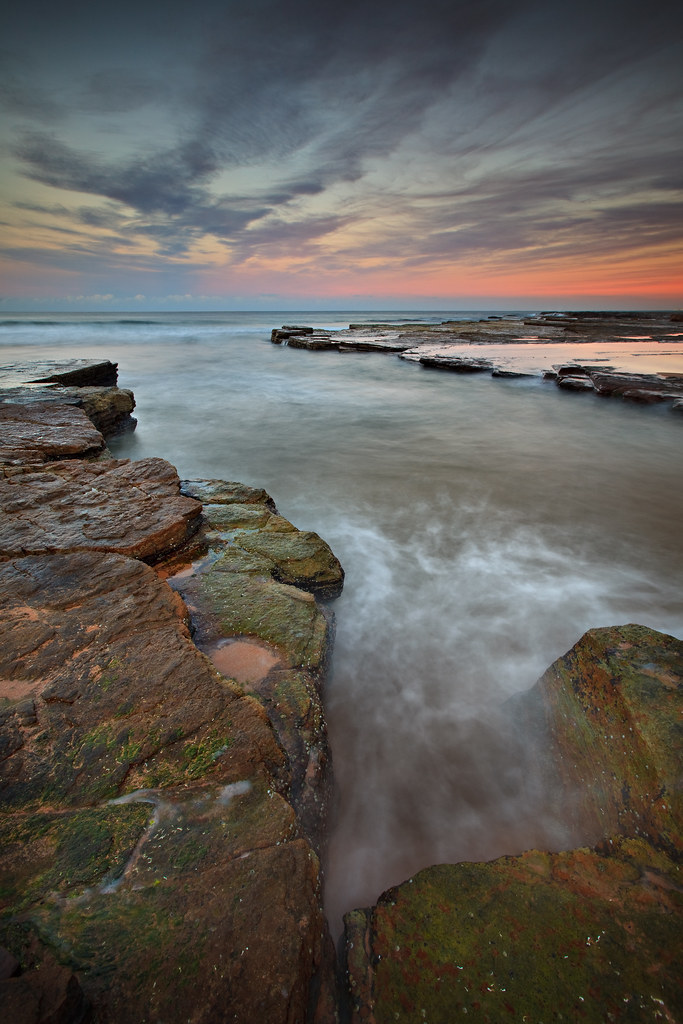 While I have not shot much in the way of seascapes, I will soon enough find my way ocean-side, and later in the year, I am looking forward to Turimetta's magical month of moss, during which time intensely rich green weed can be seen on the exposed rocks, right here on the rocks in this image, and on the entire shelf and submerged boulders surrounding the Turimetta gorge.