As I type this, the moon is undergoing a partial eclipse.

I do not often shoot the moon (it has been done to death, and I had great success during the 2007 eclipse), but given the easy opportunity and the lack of effort required, I went outside with 600mm of focal length and captured this image of the partial eclipse: 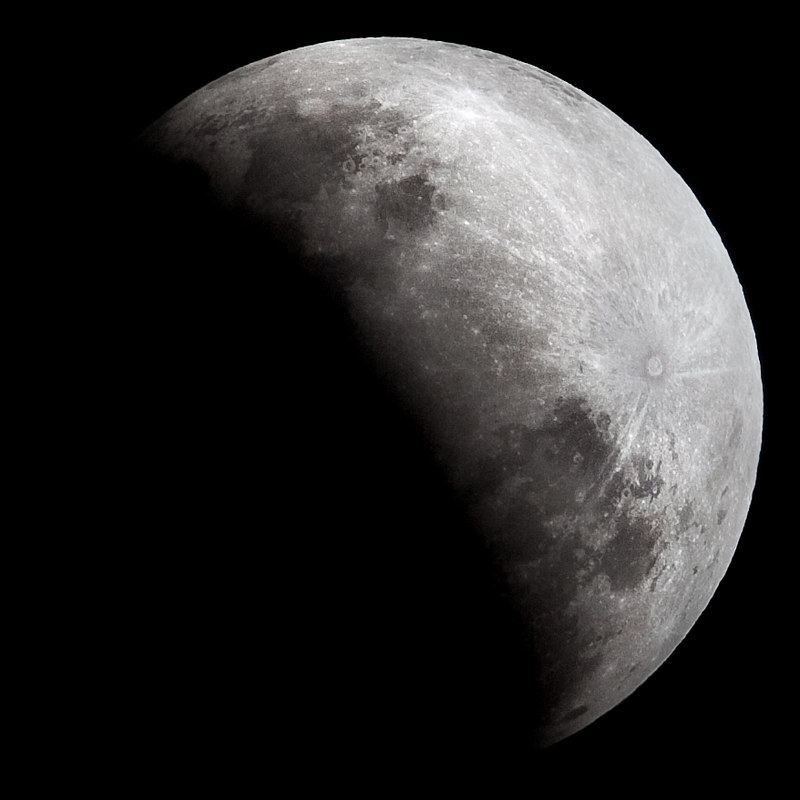