During our time in South Africa, and in the Motswari Private Game Reserve in particular, I shot so many images, and even now, barely over two months since we were there, I am still processing and uploading images.

While I have detailed our adventures in the Timbavati here on this blog, in some cases I have not had images ready, and as many photographers know, sometimes an image's potential only becomes realised some time after having captured it.

Given that I have published a few more images since I verbally and pictorially recalled our adventures, I thought it would be a nice opportunity to provide a few photographic highlights that were previously missed.

So, here are ten photographic highlights, in order of capture. 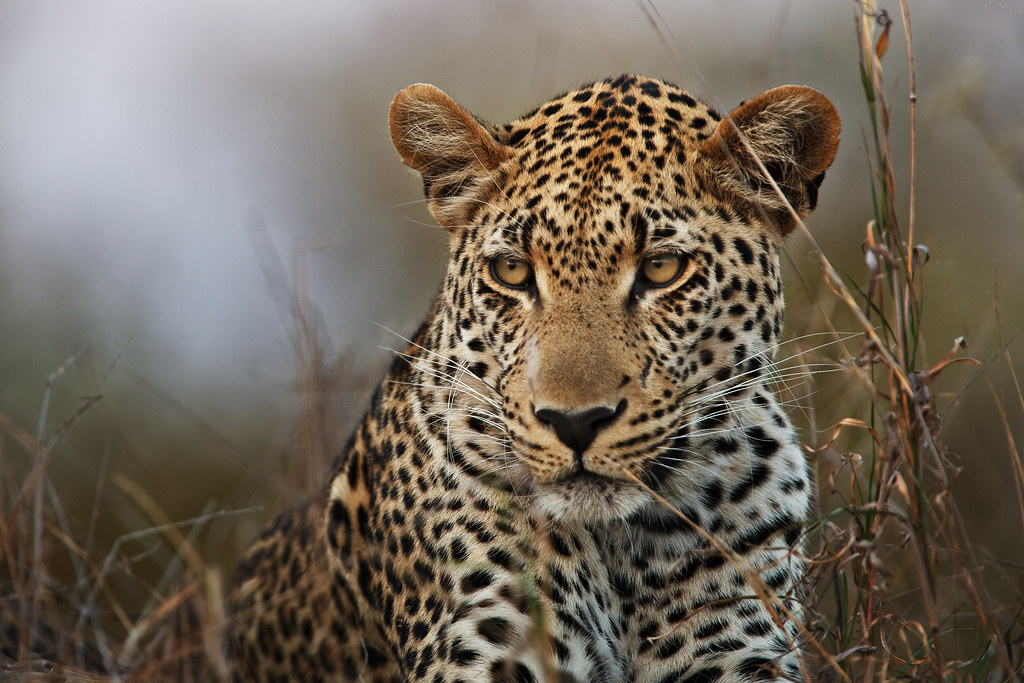 Eye of the Leopard

The title Eye of the Leopard is homage to the awesome National Geographic documentary of the same name, shot by Beverly and Dereck Joubert, featuring the life of Legadema, a young leopard in the Okavango Delta in Botswana.

The leopard in my image is Makepisi (which means "hat" in Shangaan).  I captured this image of a leopard on the first game drive we took in the Motswari Private Game Reserve, which is located within the Timbavati region of greater Kruger National Park in Mpumalanga province, South Africa.

Makepisi was the very first wild leopard we encountered.

We spent quite a nice time in close proximity to Makepisi, watching, photographing and videoing him.

2.  Leopard of the Night 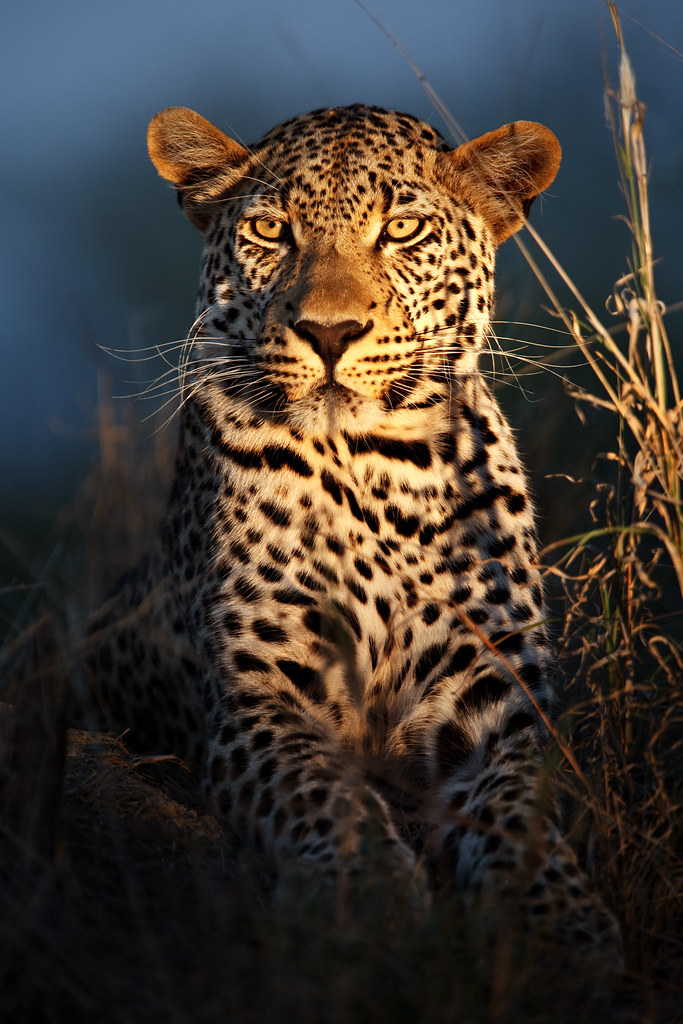 Leopard of the Night

A magical sighting of Makepisi male leopard at night on our first night of our African safari adventure in the Timbavati Private Nature Reserve, greater Kruger National Park, South Africa.

As the light fell, Petros, our tracker, brought out the spotlight so we could continue to view and photograph Makepisi as the sun set over a beautiful African savannah landscape in Mpumalanga province.

We saw Makepisi twice during the trip, and he is a special leopard we will always remember. 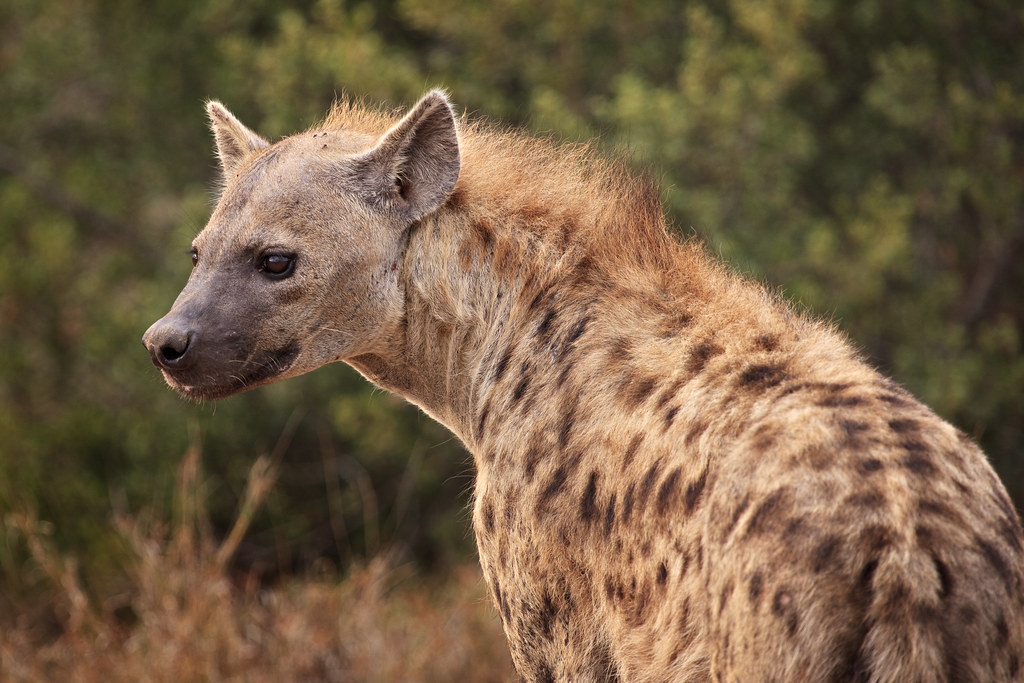 One of the few hyena sightings we had during our stay in the Timbavati.

The spotted hyena is a predatory carnivore which inhabits the bushveld.  It loves to steal the kills made by lions and leopards, and will even terrorise leopards in order to steal their kills. 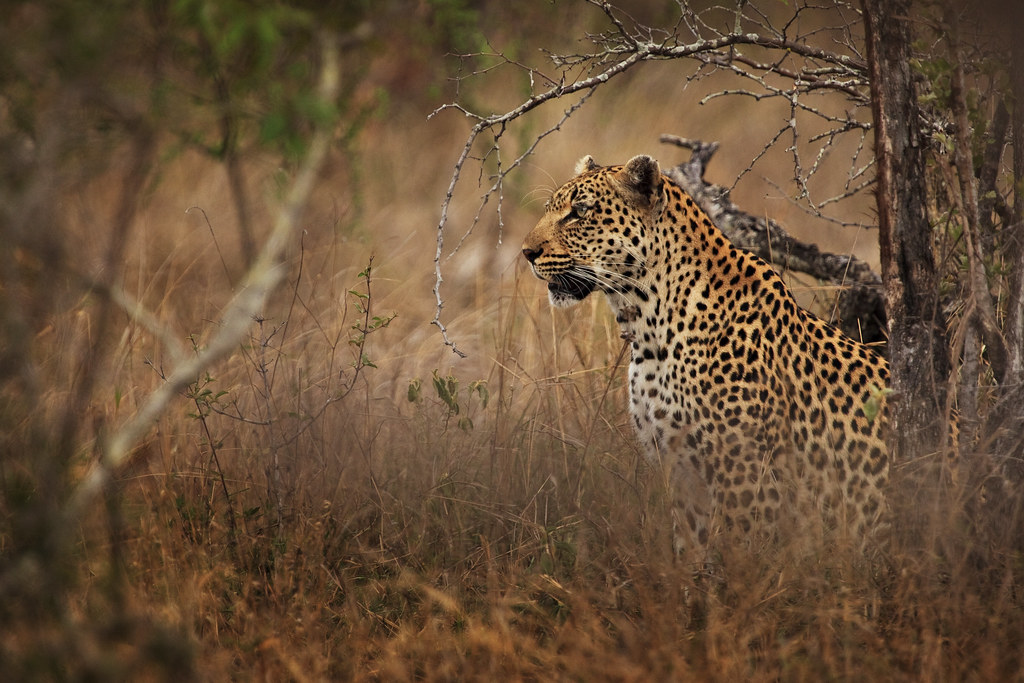 She soon returned and came extremely close to us.  At one point she was less than two metres behind our open-top Land Rover.  I was perched in the rear part of the vehicle, and it was the closest I had ever been to a leopard.

5.  Stare of the Wildebeest 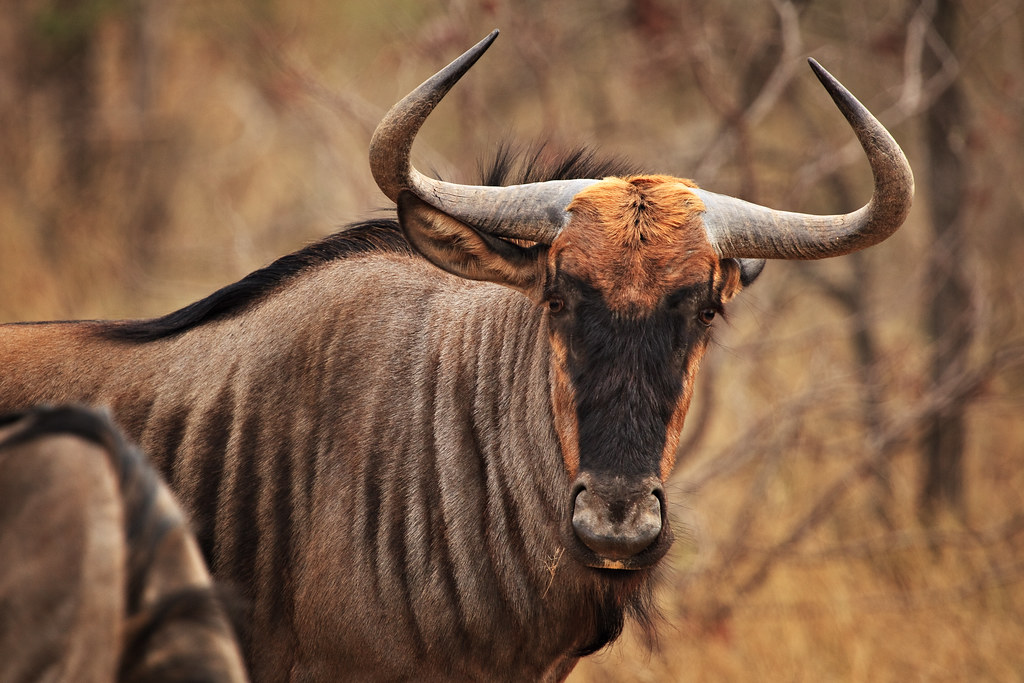 Stare of the Wildebeest

This was one of the earliest sightings of wildebeest in the Motswari Private Game Reserve. 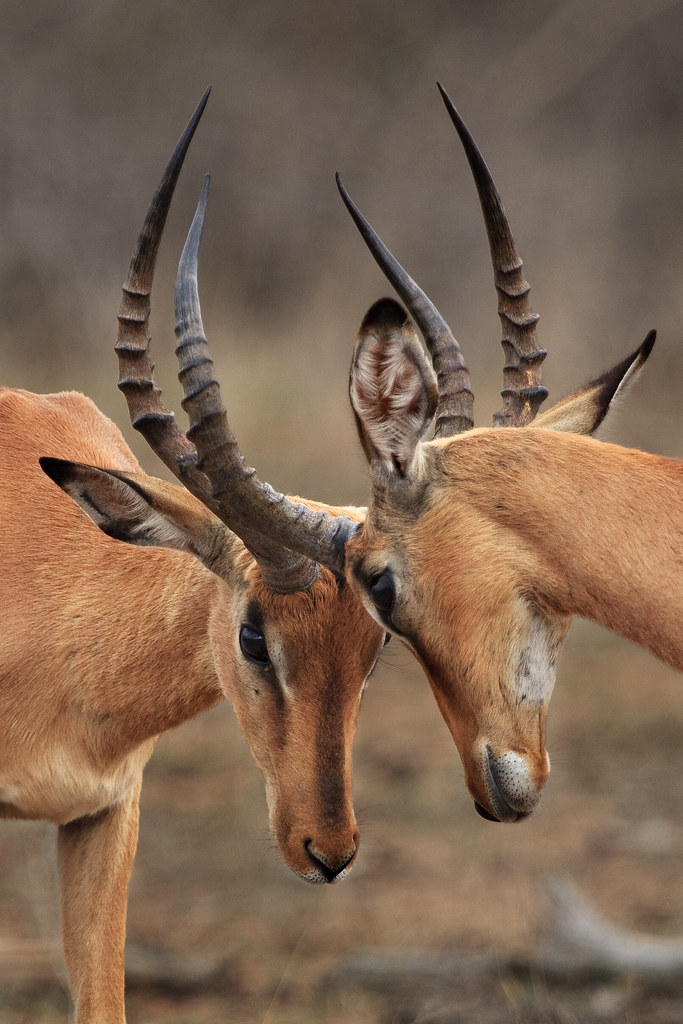 Two male impala engaging in sparring.  These two were not at war, but were engaging in play-battle.  Were a dominant male to encounter an invading male, there would be a much more intense battle for dominance. 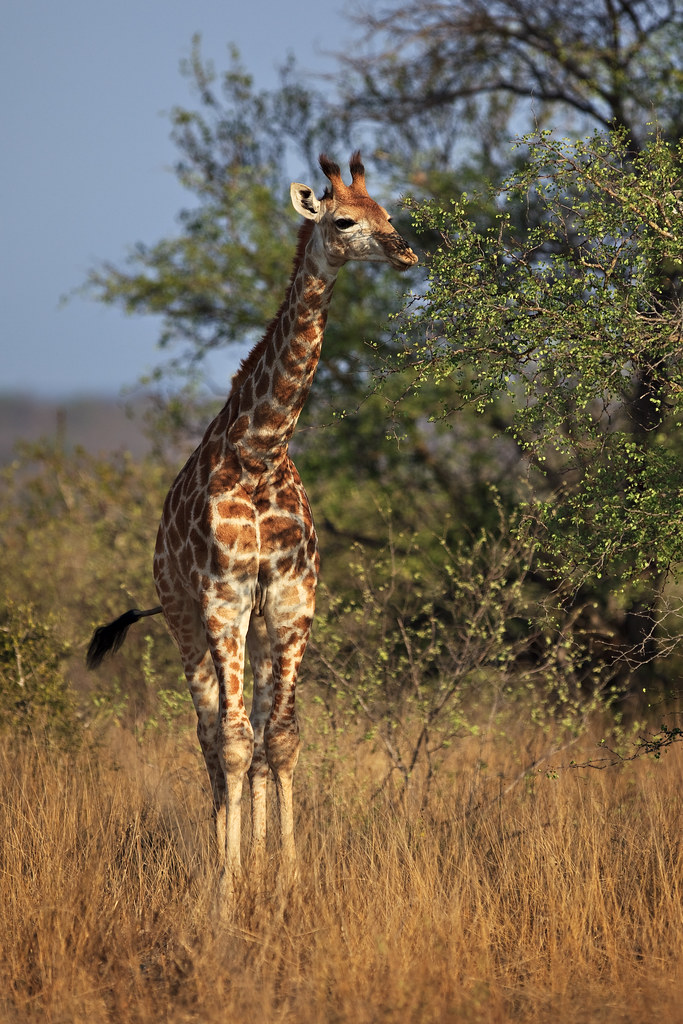 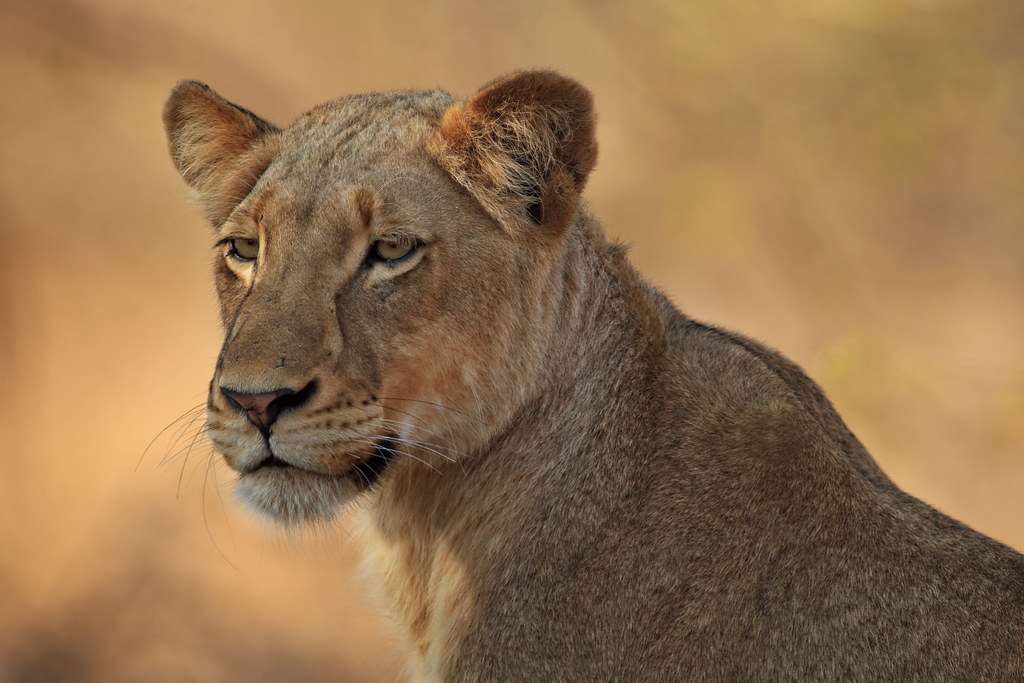 One of the two Jacaranda Pride lionesses we encountered on the morning of our third day of our safari in the Motswari Private Game Reserve. 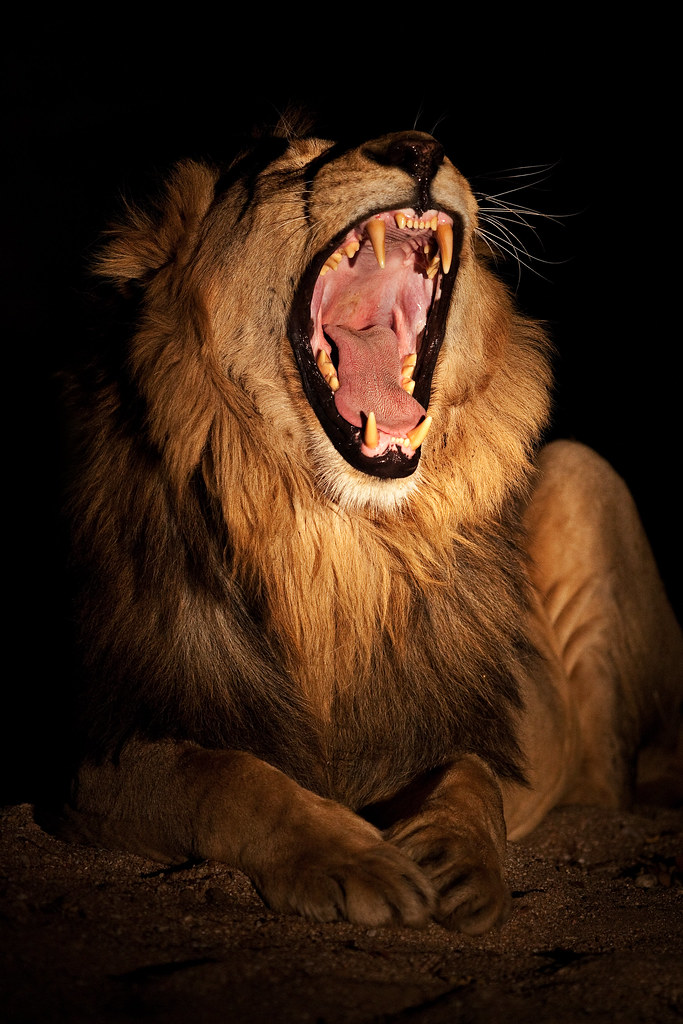 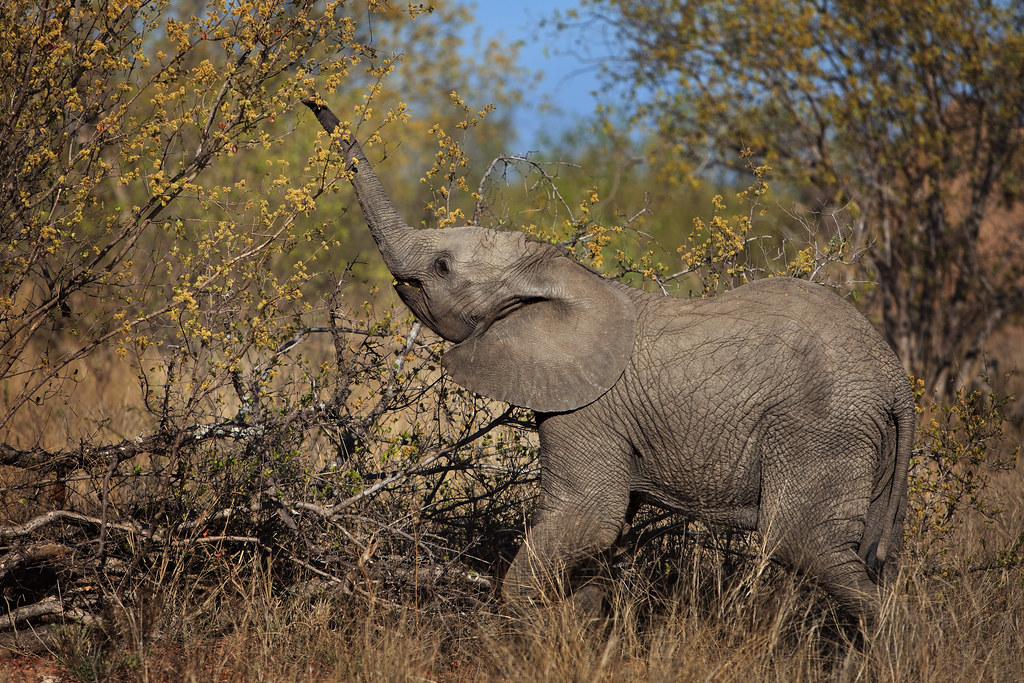 While we had a few elephant sightings during our time in the Timbavati, I have not published many images of elephants.

It can be hard to photograph them in clean surroundings, but this image had a cuteness factor which warranted publication.

On our final game drive in the Motswari Private Game Reserve on the morning of 7 October, 2012, we were in off-road in very thick, dry scrub, surrounded by a breeding herd of elephants.

I counted at least 11 elephants that I could see (although there were probably more); and amongst these, there were a few juveniles.

I was fortunate enough to capture this little guy reaching for some delicious leaves and twigs.