On our first night in London for a long time, we headed to Tower Bridge, where I had intended to shoot the bridge in the royal blue twilight light.

The weather had other ideas.  As the darkness crept in, so did the rain, and it drizzled relentlessly as we cowered under the barely-adequate shelter outside London's City Hall.

Earlier, I did manage to land a shot adjacent to The Scoop, looking west along the riverside. 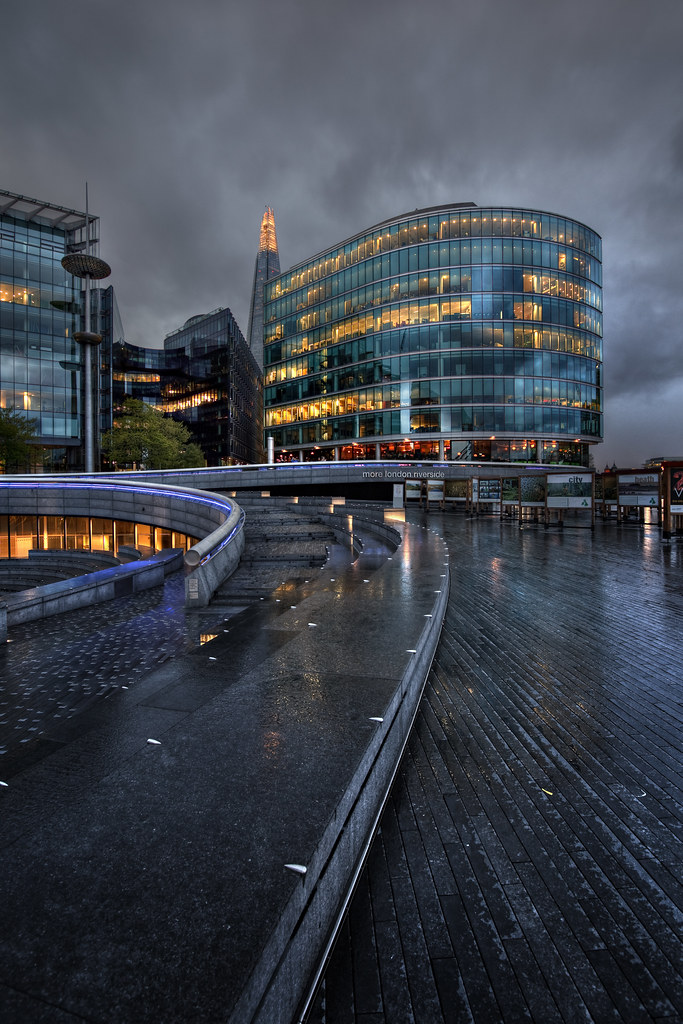 In the distance can be seen The Shard, one of London's newer buildings, which affords stunning views of London.

The London skyline has changed a lot since my previous trip in 2000, but the weather can still be quite miserable!