One of the photographic image hosting/gallery sites on which I participate is 500px.

I tend to browse through the 'Popular' image pages on a regular basis.  These pages show previews of 20 of the most popular images, ranked in order of popularity.

Tonight I discovered a rather amusing alignment of two separate images by two separate photographers.  Rather than explain it, I will let the following screen capture do the talking. 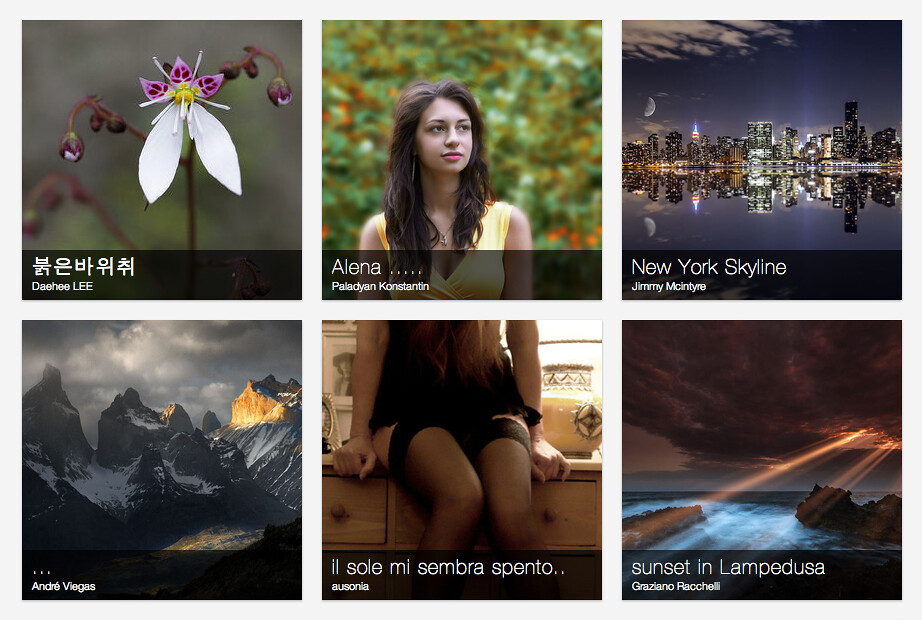 I found it very amusing, and it was one of those rare times when such an unintentional alignment of graphical elements was interesting and effective.