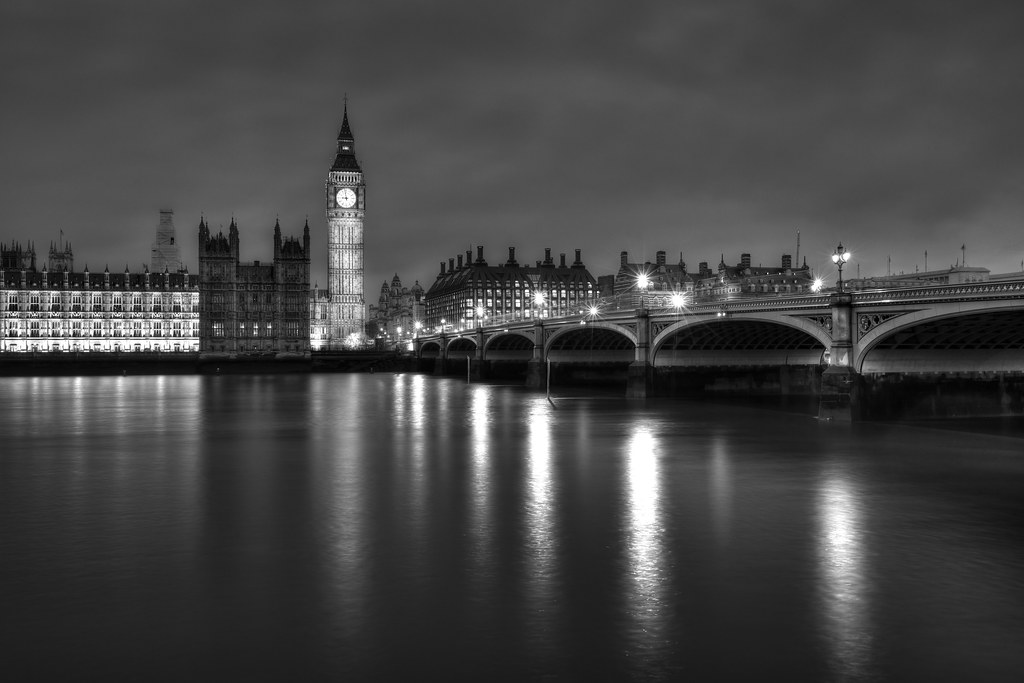 This was the last night of our fleeting five-day visit in May of 2013, so I have appropriately titled it Last Night in London.

Rather than depicting the rich colours of the blue hour light in stark contrast with the yellow illumination of Elizabeth Tower and the Houses of Parliament, I wanted to feature one of my favourite cities in a dramatic monochrome image.  This is the result.