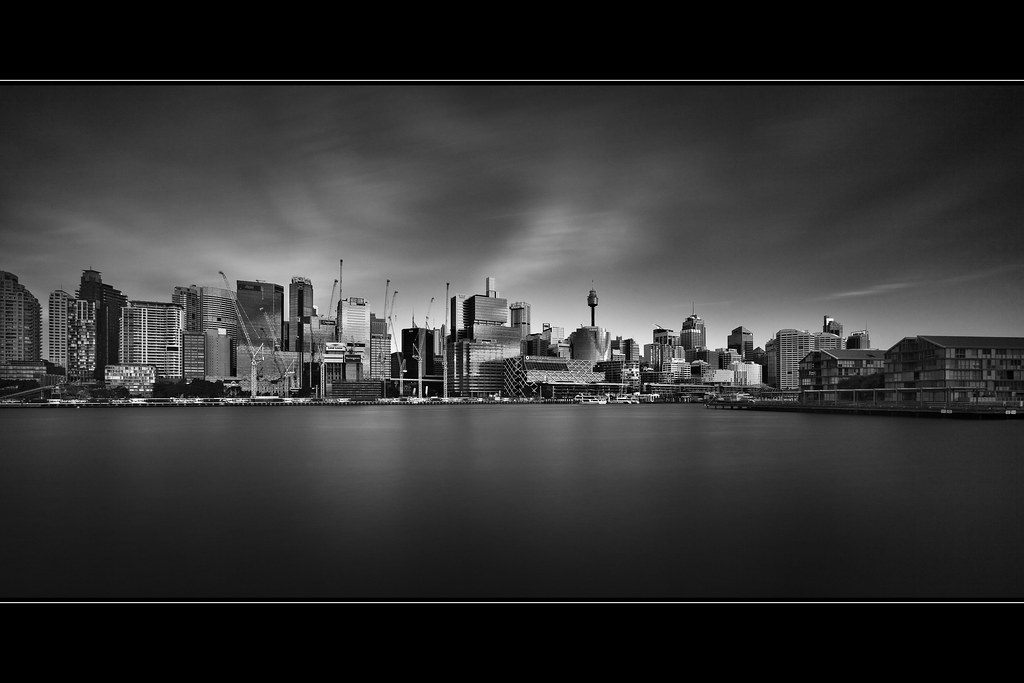 Yesterday I went for out a shoot for the first time in six months.  Yes, it has been that long!

For quite a while I had wanted to shoot the Sydney skyline from a different vantage point to the usual places, and Ballaarat Park on Darling Island in Pyrmont was the place I had in mind.

I set out to capture the golden hour light, and later, the blue hour light of twilight, which was my original intention.

However, having arrived early, I decided to shoot a long-exposure image using my ten-stop ND filter.

In post-processing, I decided that a moody, punchy monochrome version in 2:1 aspect ratio looked best.  Besides, at the time the light was flat and dull, and not ideal for photography.

I am pleased with the result.