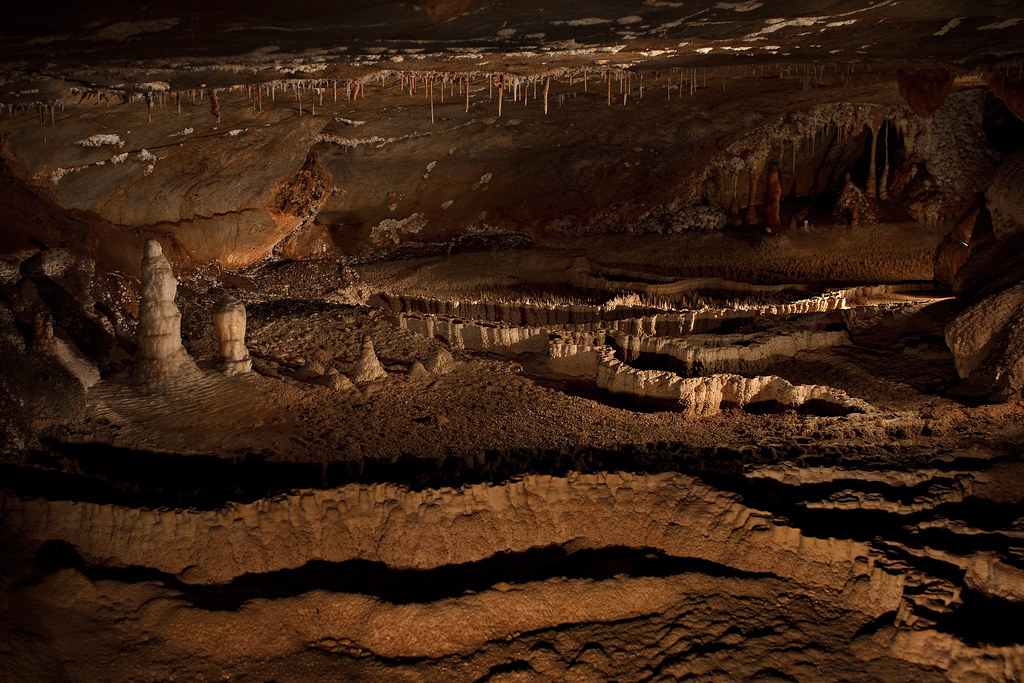 This city-like arrangement of stalagmites appears inside the Imperial Diamond Cave at Jenolan in the NSW Blue Mountains.