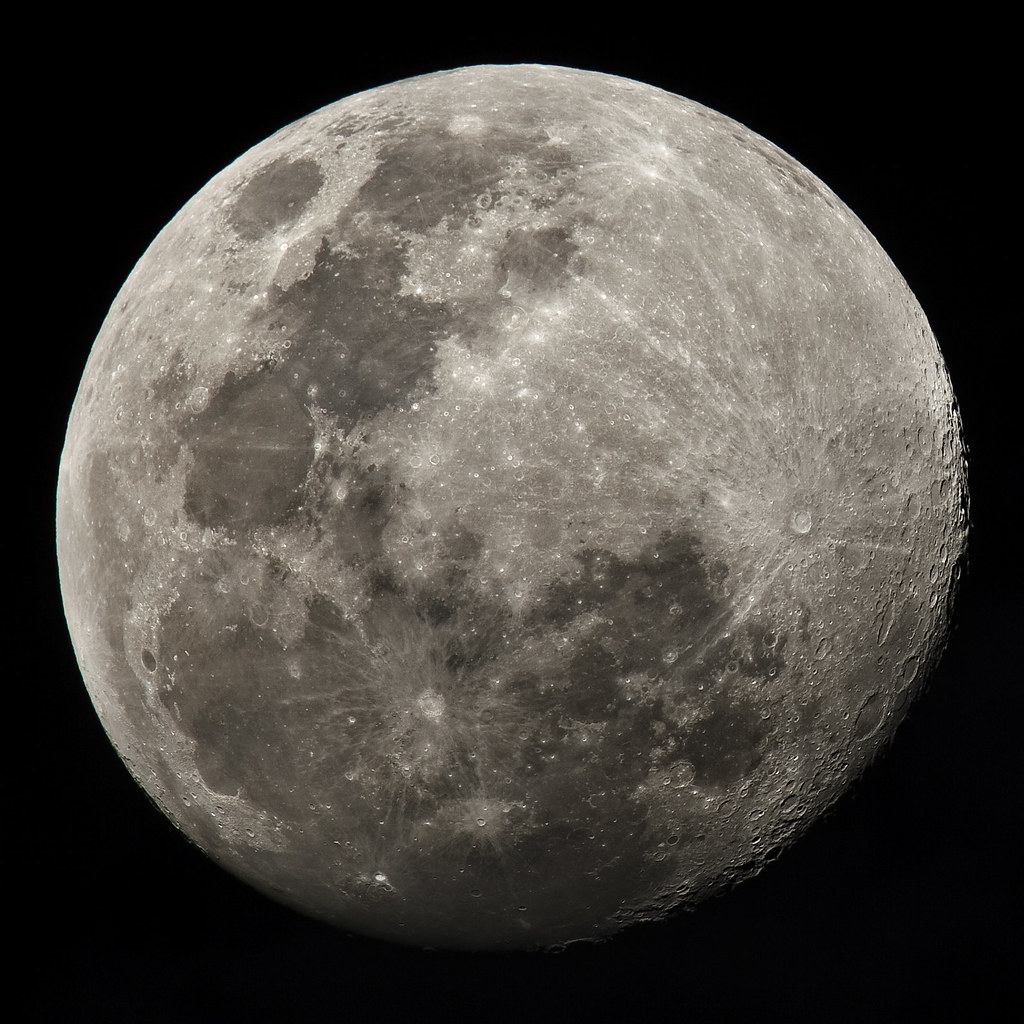 This is another high-resolution image of the moon in its Waxing Gibbous phase, captured 24 hours after my original image.

Here, the moon is closer to its full phase, and noticeably so, compared to the 24-hour-older capture.

Technically this is a better image; it is sharper and cleaner than my previous image; but in the earlier image, the moon's even less complete shape, and more dramatic side lighting, makes it artistically more compelling.