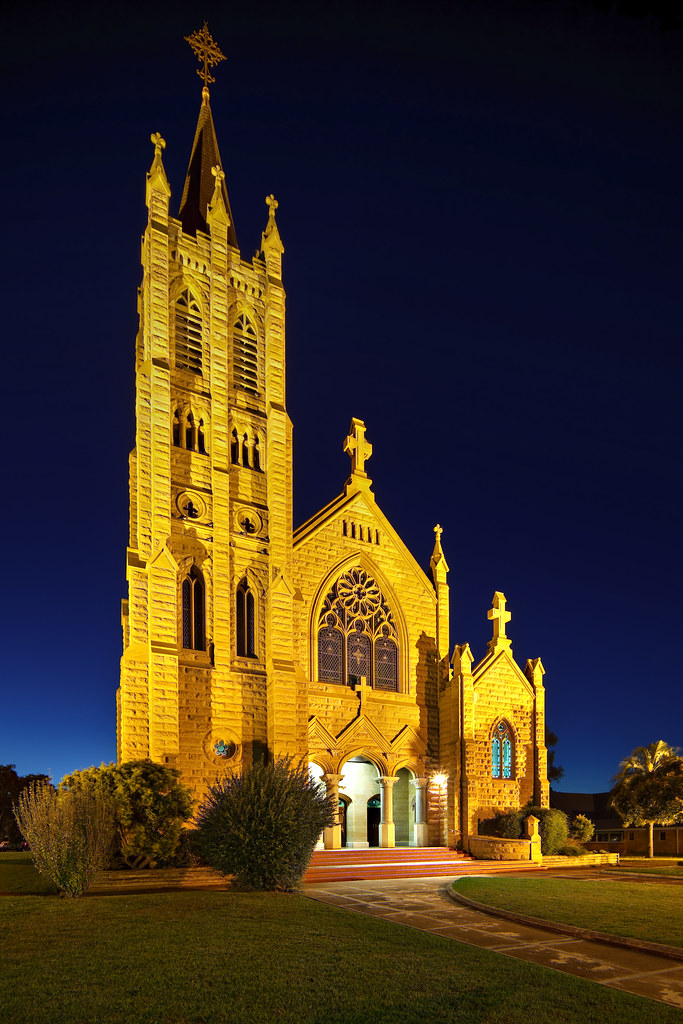 During a Queensland trip in the autumn of 2011, we called into Warwick in the late afternoon and spent a little time photographing the exterior of St Mary's church at twilight.

At the time, I published an image I captured from this spot with my 16-35mm lens.

This image was captured with the Canon TS-E 17mm f/4L tilt/shift lens, which can produce a very different result when shooting upwards with a wide lens at relatively close proximity to the subject.