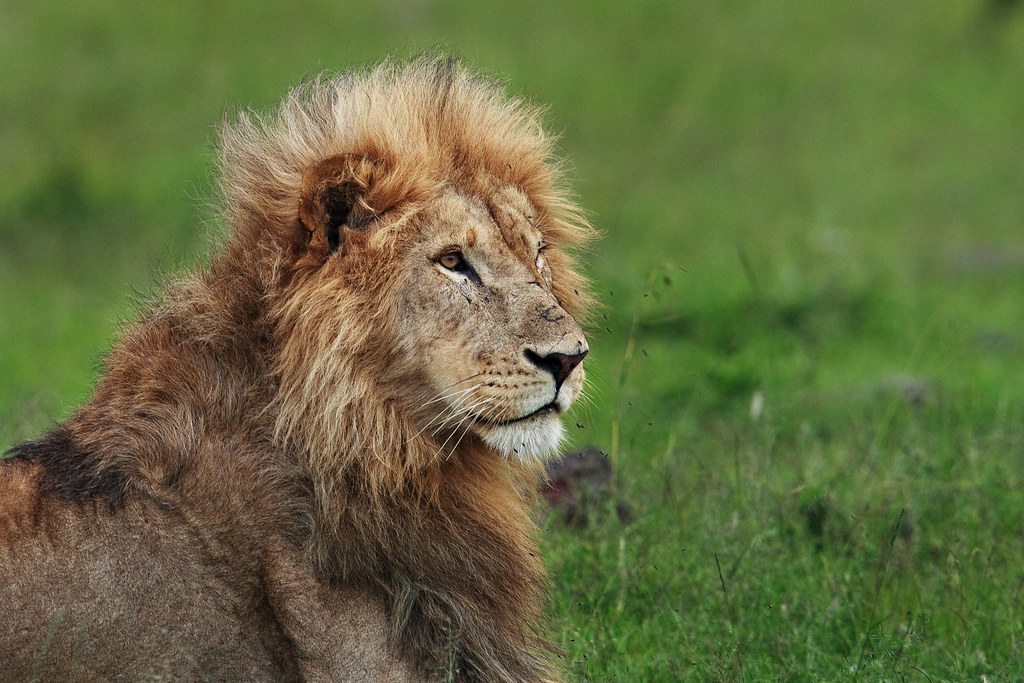 This experienced male lion from the Cheli Pride was the first male lion we encountered on our wildlife safari in the Maasai Mara.

We found him at a fantastic location called Leopard Gorge.

He was sitting up on the plateau, surveying his territory in the late afternoon.

Not long afterwards, his brother emerged from the distance and the two brothers engaged in bonding and resting.