Wait for Me, Mum! 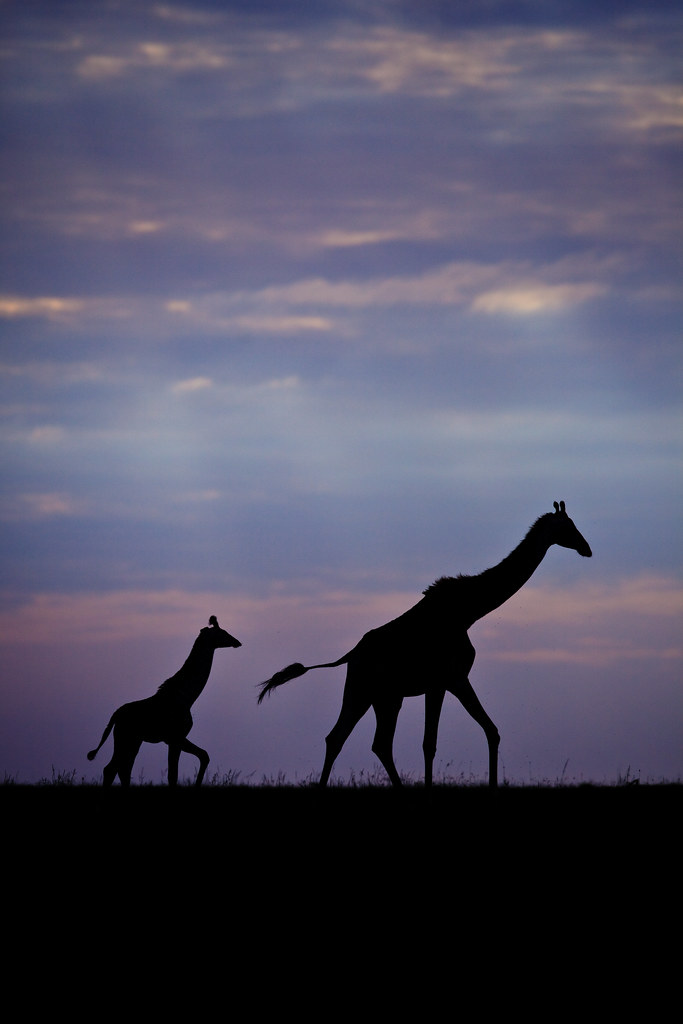 On our fifth day in the Maasai Mara, we decided to head out of Mara North Conservancy and into the publicly-accessible Maasai Mara National Reserve, where we would later find cheetahs.

Earlier on the morning game drive, we happened across a mother giraffe with her calf.  Both were nicely positioned on the horizon, so we shot silhouettes of the giraffes on the plains as the morning sun's rays shone upon them.