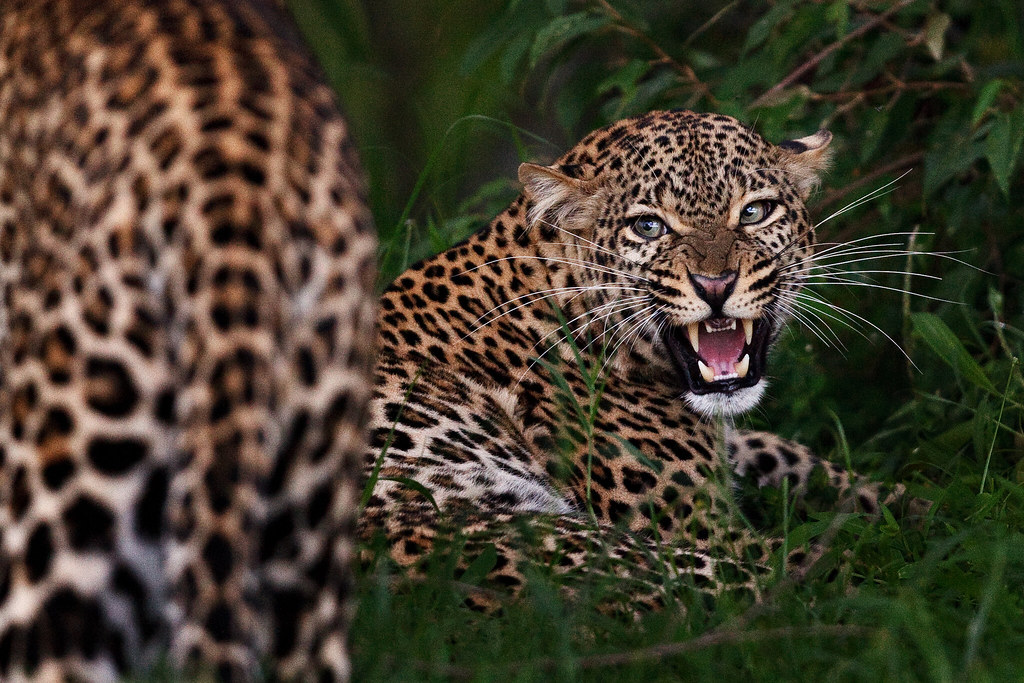 During a mating session between a pair of leopards, the female made very clear her displeasure at the male's advances.

Our eleventh game drive in the Maasai Mara brought us into contact with these mating leopards, where we intently watched and listened to the ferocious routine as the big cats engaged in the lengthy cycle of mating and resting.

I also shot video footage of the mating leopards.