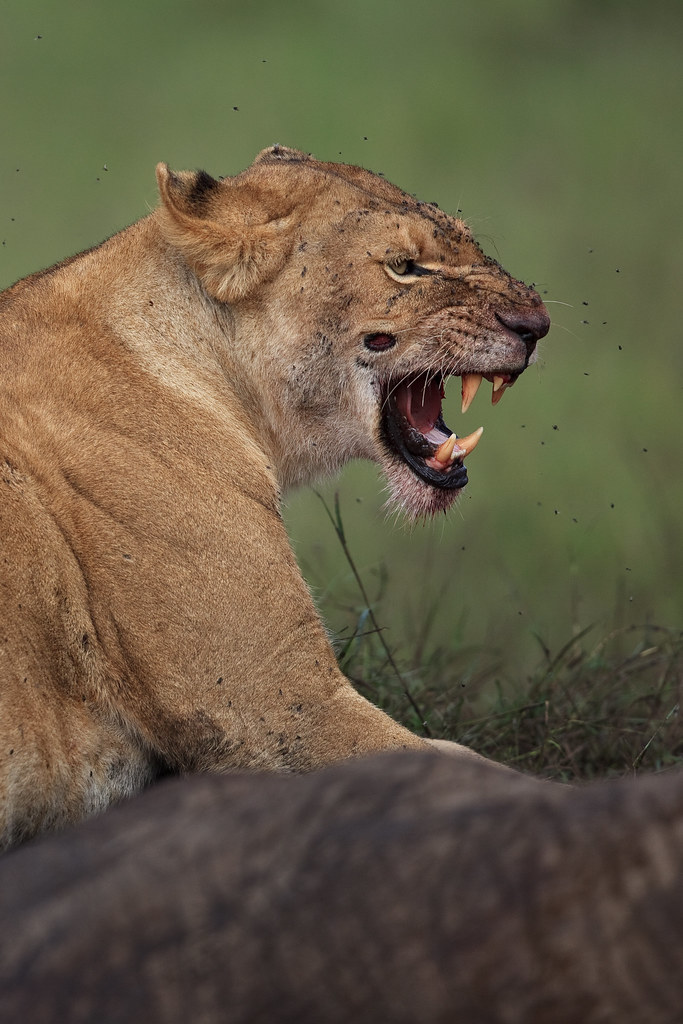 On our fifth day in the Maasai Mara, we decided to head south from the Mara North Conservancy, and into the public Maasai Mara National Reserve.

Our first exciting sighting in the main reserve was the Double Crossing Pride, which had congregated around a deceased elephant.

As we understand, the elephant was not killed by the lions, but it certainly was providing them with a meal.

It was not just the lions who wanted a feast.  More and more hyenas had also congregated nearby, and their behaviour and vocalisations were becoming increasingly aggressive.

The lions were not happy, and were roaring and hissing at the hyenas, who were becoming closer to mounting an attack.

In this image, one of the Double Crossing Pride females exposes her teeth in anger at a nearby pack of hyenas, as she spits at them in no uncertain terms to warn them to stay away.