Cheetah on the Move 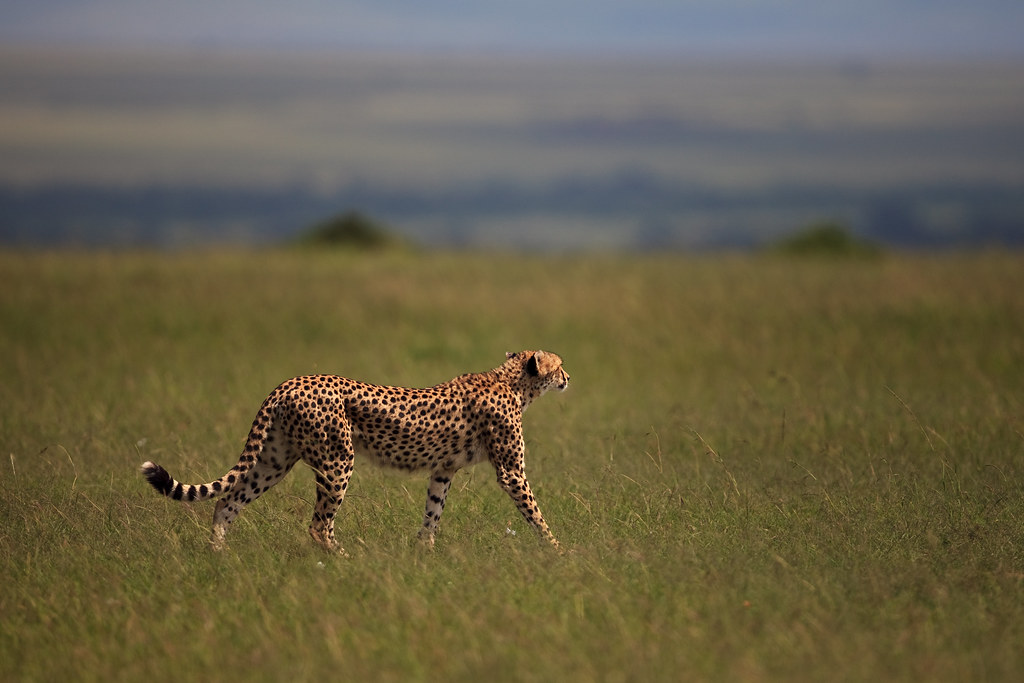 When we visited the Maasai Mara region of south-western Kenya, on one day we decided to depart the Mara North Conservancy in a southward direction, where we entered the Maasai Mara National Reserve, which extends to the border of Kenya and Tanzania.

It was in the National Reserve that we had our very first sighting of cheetahs in Africa, and here in this image, this cheetah, along with the other four members of that cheetah family, was heading in the direction of some plains game which may have been the next meal.

This cheetah is out on the open plains, where a cheetah feels comfortable in spite of ever-present danger, but where a leopard would seldom be seen.