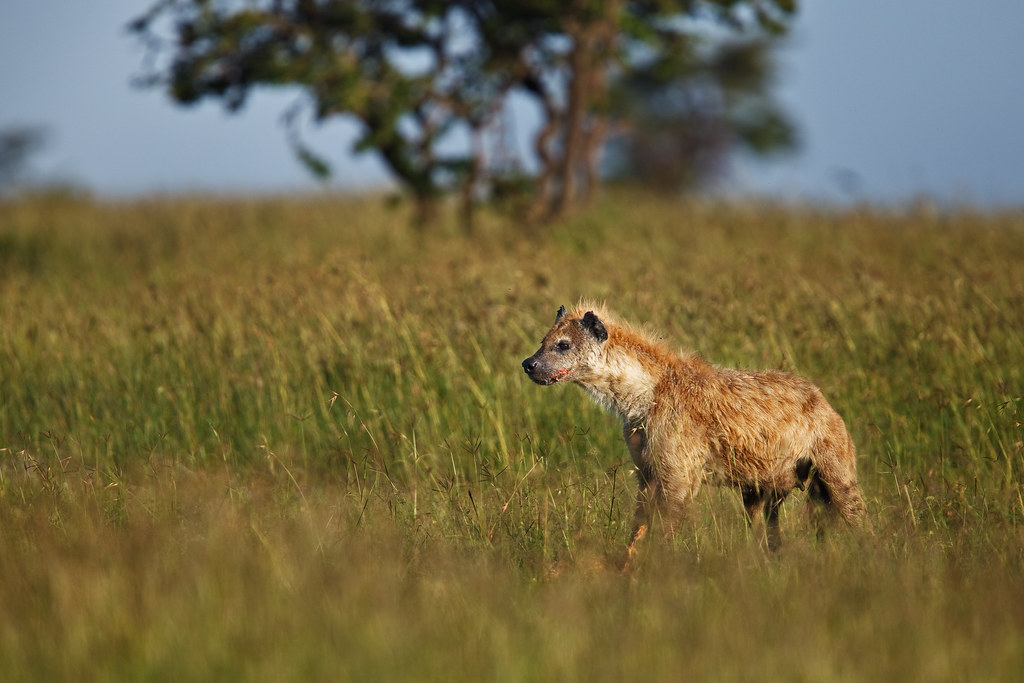 On the morning after we witnessed the Cheli Pride feasting on a zebra kill, we returned to the kill site to see if there was anything left, or any activity.

A hyena or two had been on the scene, and this fellow, by now in the distance, had grabbed a piece of what little was left, and trotted off into the plains a little further away.