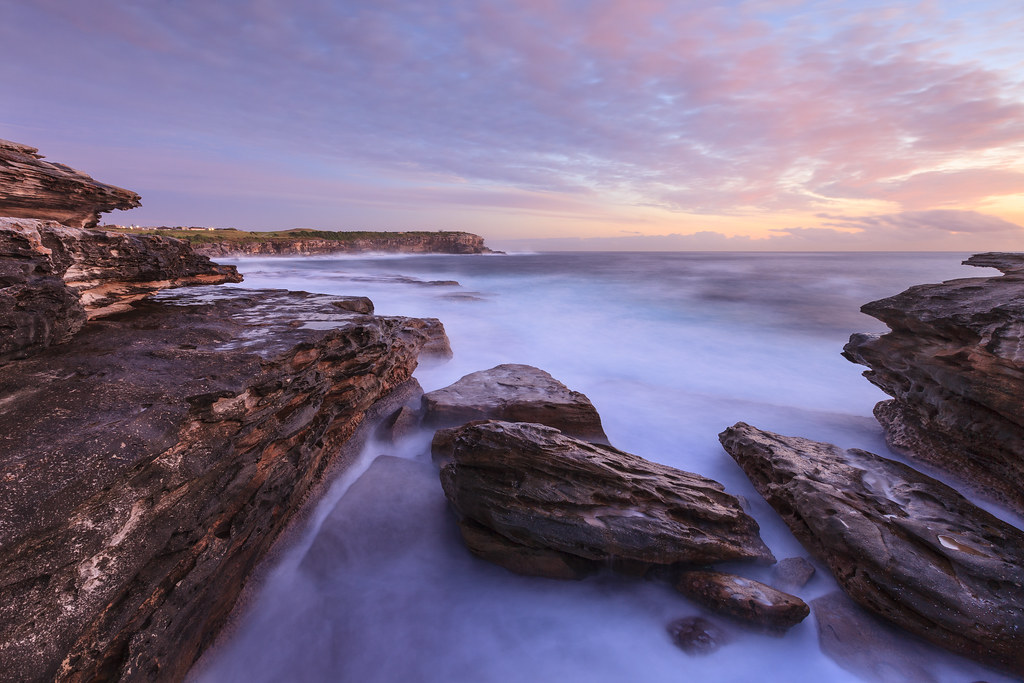 This is one of the first frames I shot in 2016, and technically it is my first seascape image of 2016, and incidentally the first in several years.

Glenn and I met at Little Bay for a Friday morning dawn shoot and headed to this rock shelf, where a decent swell brought some larger sets of waves crashing in, and splashing up and over the rocks.

This longer exposure was shot earlier during the session before the sun rose.