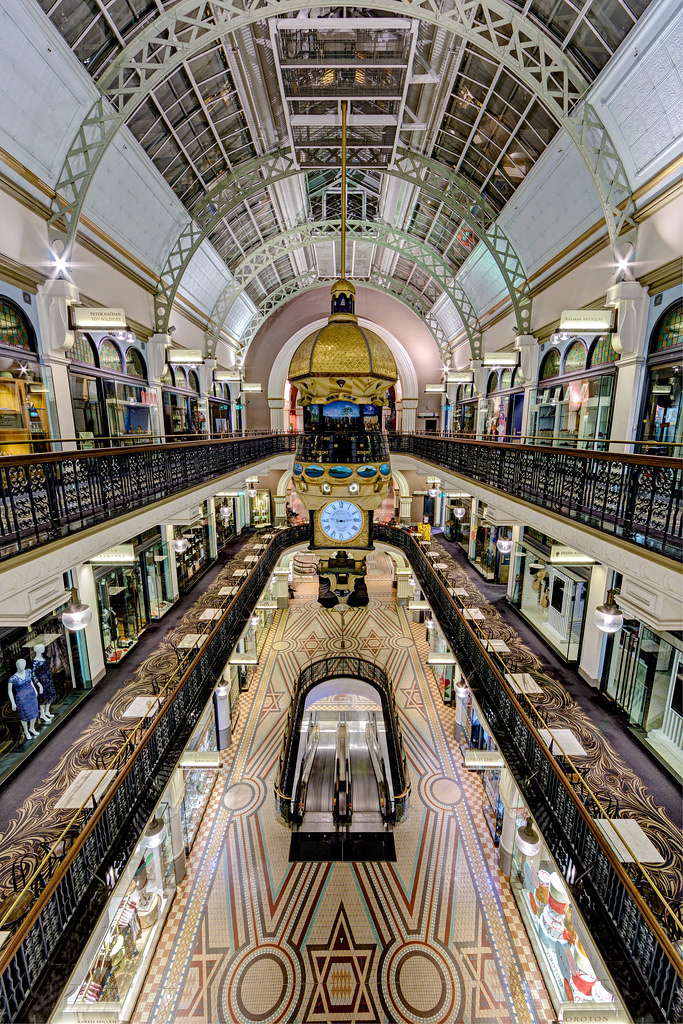 On my way home from a twilight cityscape shoot, I made an impromptu visit to the Queen Victoria Building.

The last time I photographed the QVB's interior from this particular position was Christmas Eve of 2007, and the colours and carpet were significantly different.

This ultra-wide view looks southward from the northern end of the upper-most floor, and features one of the QVB's two large clocks.

Despite being late on a Wednesday night when the shops were all closed, there were still small numbers of people scattered about, with a couple of people visible at a distant table (to the right of the clock) on the next floor down.