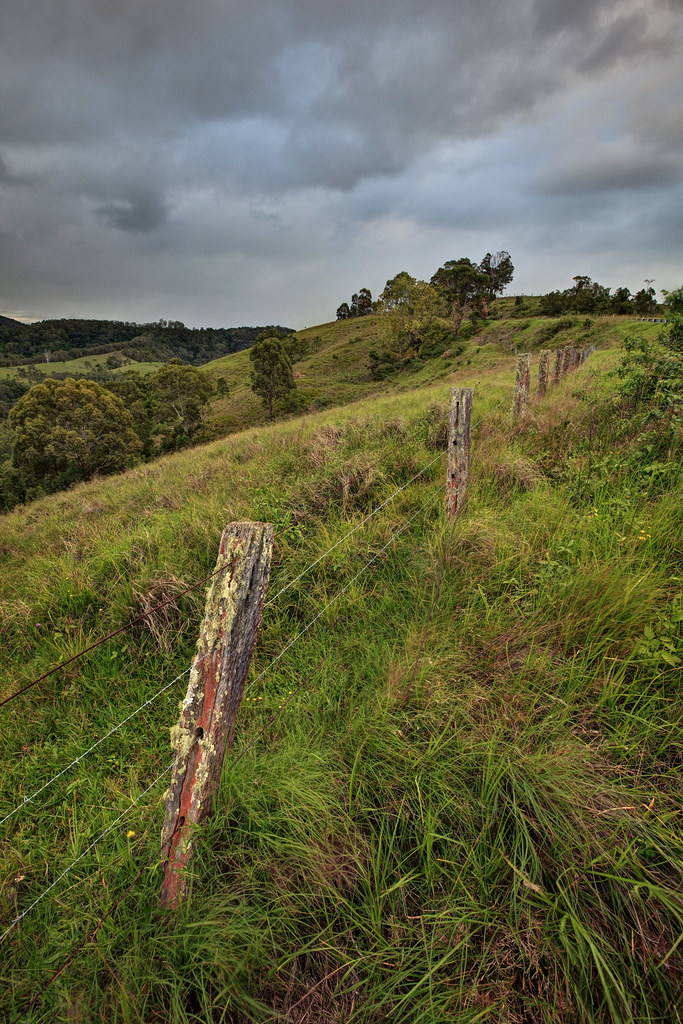 This image was captured along Bingleburra Road between East Gresford and Dungog. This old, weathered fence, which looks like it had been there for many decades, made for a good subject as I shot towards the moody sky along the roadside.