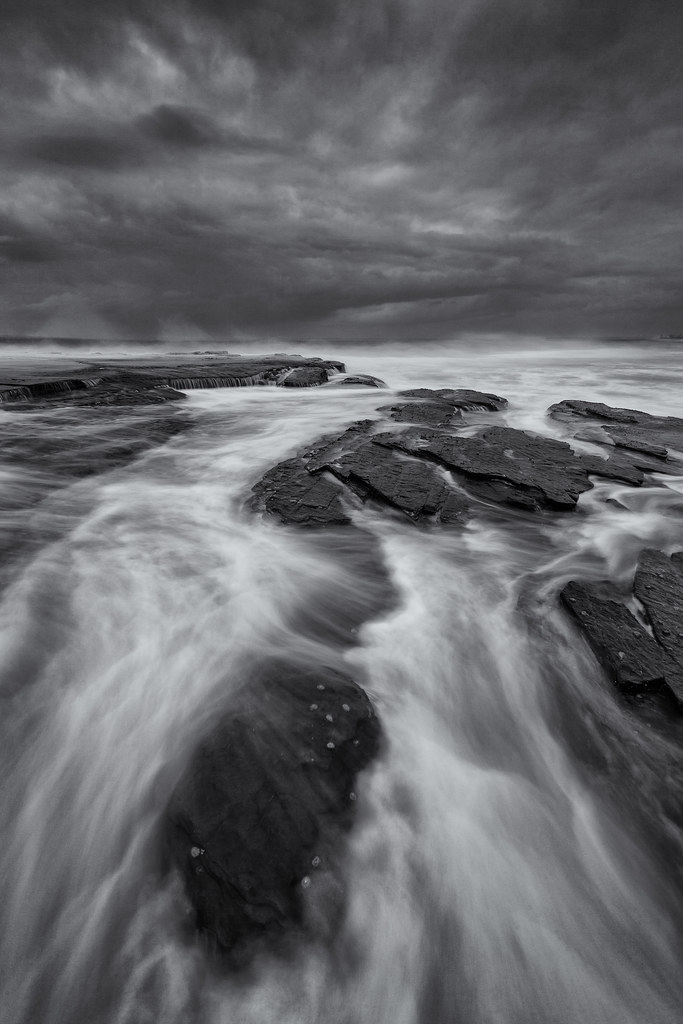 Seascapes can look very dramatic in black and white, particularly when there is a moody sky, as indeed there was during the morning on which I captured this image.

I decided to take one of my unpublished images from a successful shoot at Little Austinmer, and process it in black and white.

For this moody seascape, I wanted a punchy look without losing the details at either end of the brightness spectrum.

Using Silver Efex's high structure preset, with some of my own tweaking, I produced this high-contrast image of water crashing and cascading over the rocks.

I will definitely further expore Silver Efex when I next wish to produce a black and white image.