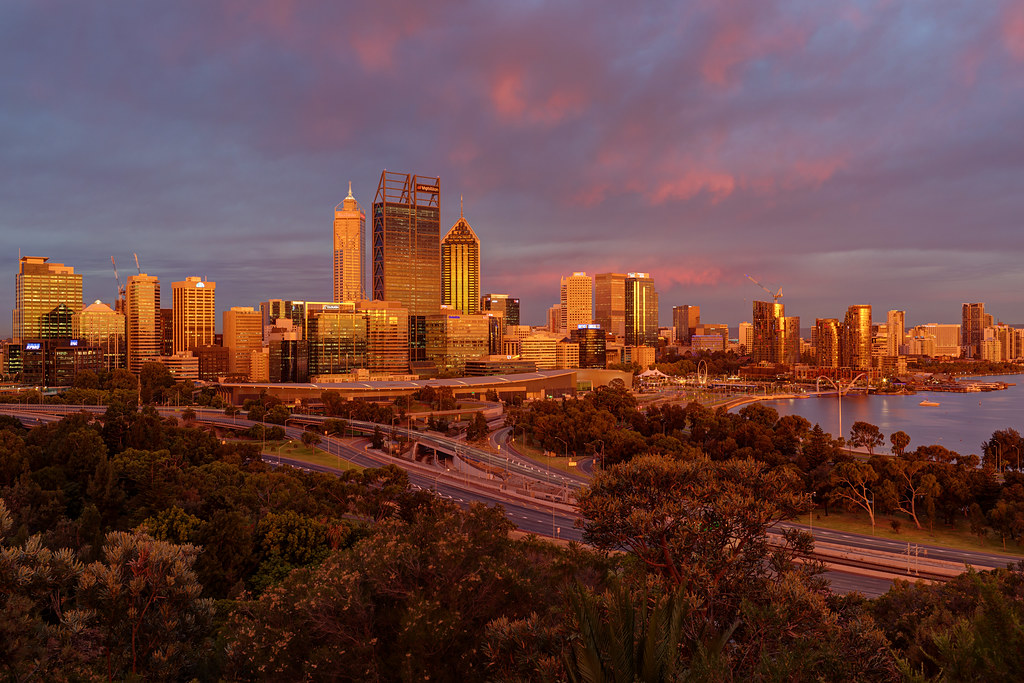 There was some amazing light over Perth this afternoon and early this evening.

We spent a number of hours in Kings Park this afternoon.  The plan was to shoot the war memorial at golden hour and then shoot the city skyline at twilight.

What I thought was unfortunate was the drab, grey sky which had materialised; but it was a blessing in disguise.  I was sure that golden hour would be a non-event, but still held hopes for twilight with some dramatic light.

Despite the cloud, it did not stop the sun from working its magic.

Golden hour was intense — there was moody cloud in the background, and the hue of the city's buildings contained more gold than the Perth Mint.

Then the light got really magical.