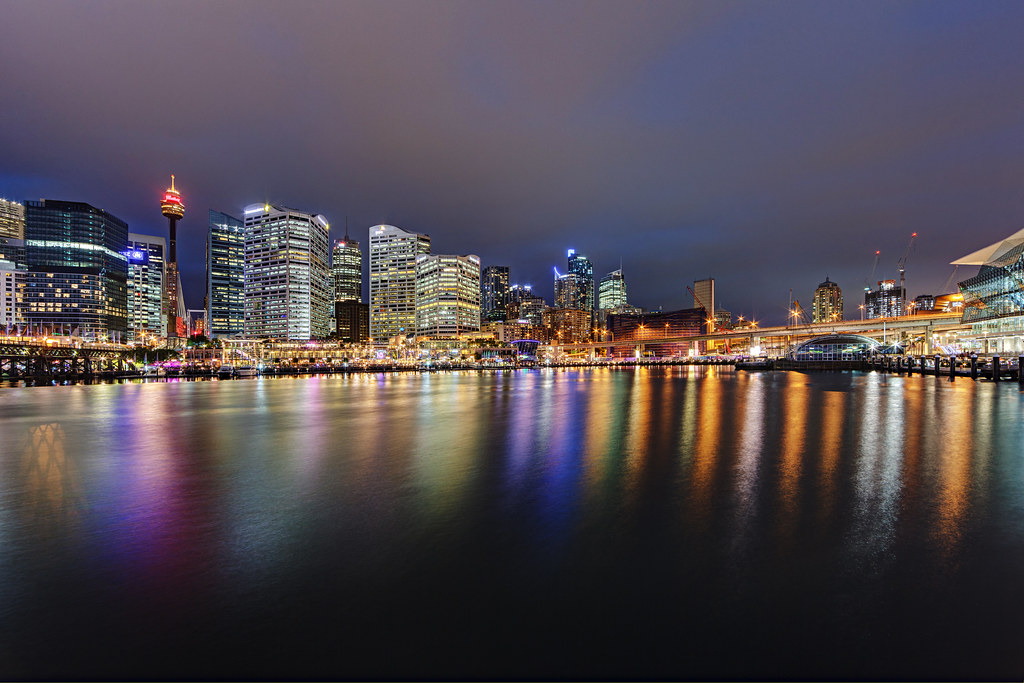 Cockle Bay in Sydney's Darling Harbour, after an enjoyable dinner nearby and the beautiful light of the evening twilight.

Darling Harbour has changed a lot since it was first opened in 1988, with the new Sydney Convention and Exhibition Centre (opened in late 2016) at the far right edge of the frame, being one of the most recent changes.