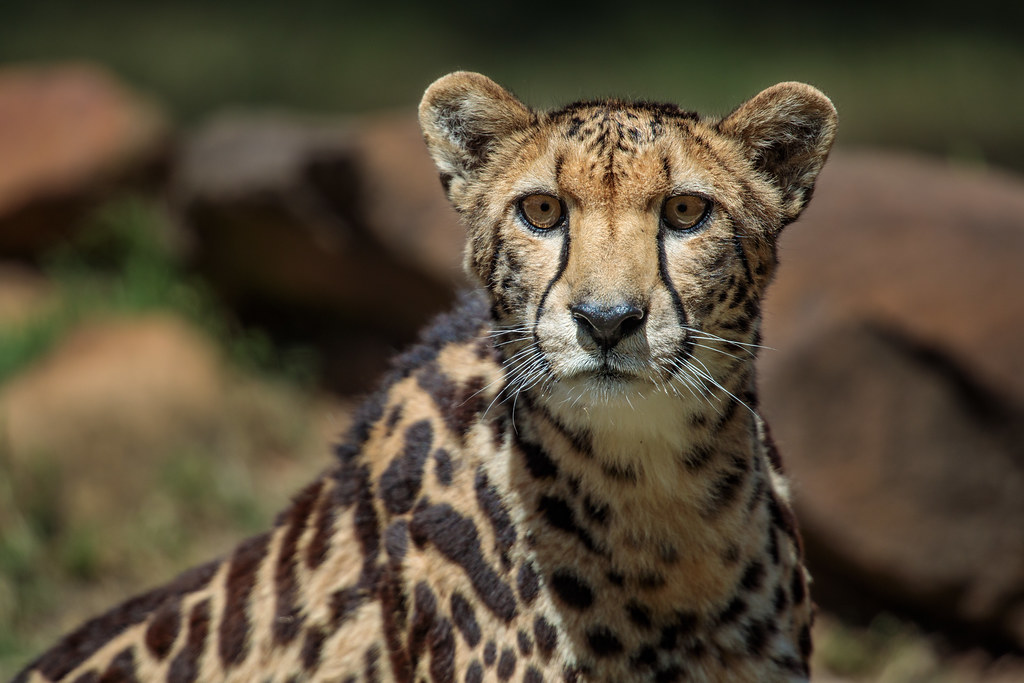 A portrait of a rare king cheetah looking intently at the action ahead.

The king cheetah is not a separate species of cheetah, but rather, is a cheetah which has a rare fur pattern mutation as a result of a recessive gene.

Despite the name, this particular cheetah is female, and is the mother of several sub-adult cheetahs.