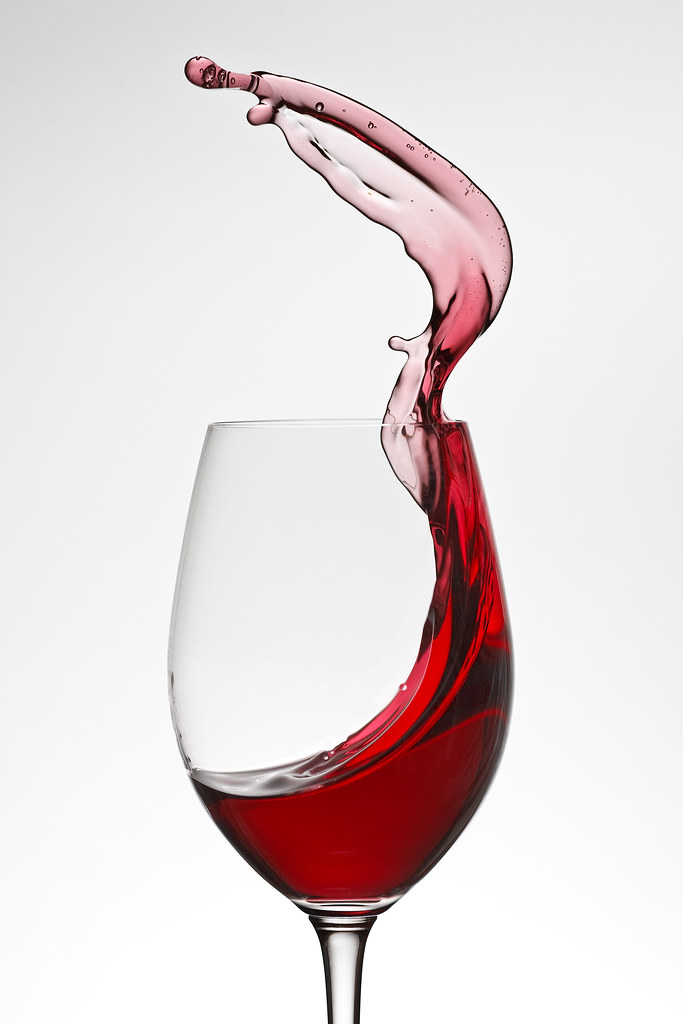 This image of shiraz jumping out of a glass was not created using Photoshop trickery; it is actual movement captured at a precise moment of time.

I shot this image for a client, having been referred by a photography mate who knew I had shot this type of image before.

This image was the first take in a series of many.  Not bad for a second attempt at this kind of image!

1.  Canon Speedlite 580EX II at 24mm zoom and 1/64th and -0.7 power, placed high at 45 degrees camera right, fired at the backdrop, and triggered with a PocketWizard PLUS II.

2.  Canon Speedlite 580EX at 24mm zoom and 1/128th power, placed low on camera axis, fired at the backdrop, and triggered with a PocketWizard PLUS II.