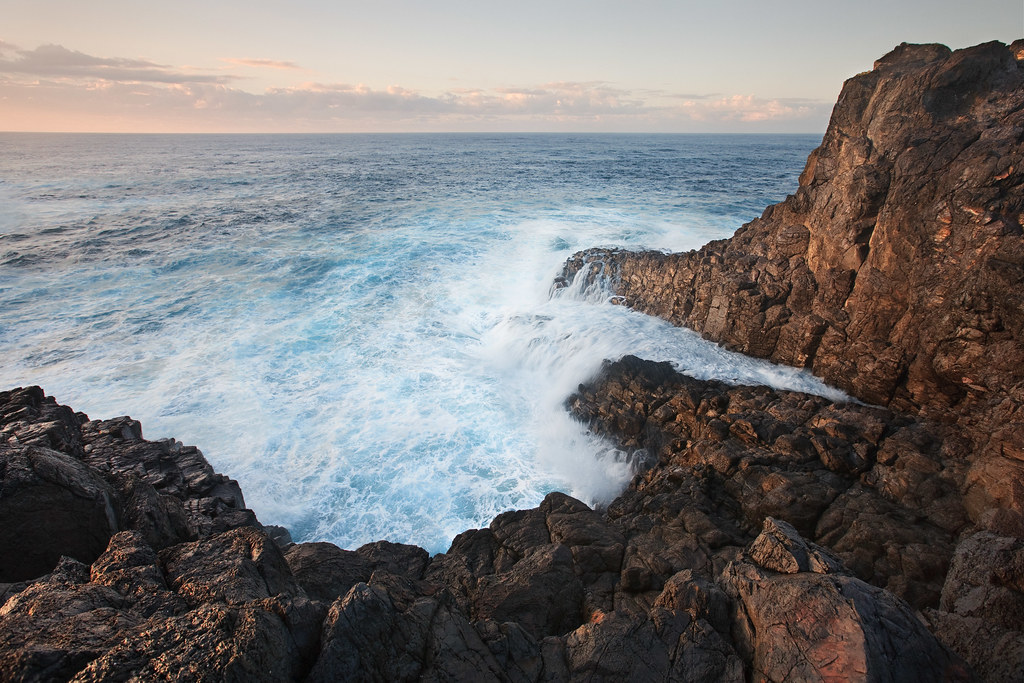 This image is named Kiama Dawn of Death, as this shoot resulted in the ocean killing my Canon EOS 5D as well as my Apple iPhone 3GS 32GB.

As hard as it is to believe, I was shooting at this very location -- which, as can be seen, is quite high up from the water level -- when a rogue wave during a 2-3m swell and a near-full tide pounded the side of these cliffs in front of me and sent a massive surge of spray up and at me.

Such was the velocity of the wave and the resulting surge that I was completely saturated from above and side and pushed off balance (almost knocked down) whilst trying to retreat. There was not a square inch of me that was dry.

The Lee ND filter I held in my hand went flying, and I nearly did the same. I found the filter not long after the water had receded, and it only sustained minor damage to its corners and edges.

My camera and phone were both destroyed as a result of that incident.

Driving home sopping wet for 60-90 minutes, knowing that I probably had thousands of dollars worth of destroyed gear, was not what I would call the most delightful morning I have ever experienced.

This was the last image my 5D captured. 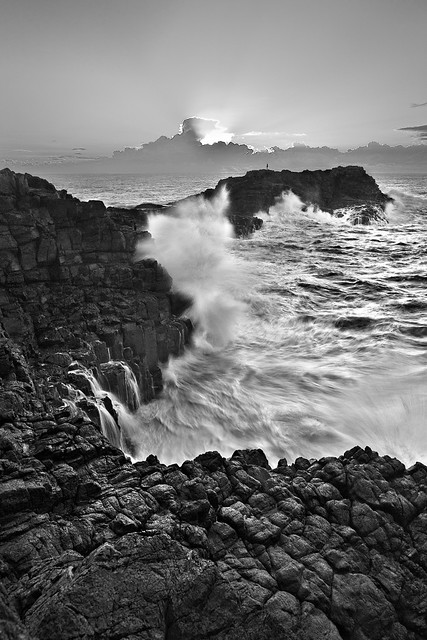 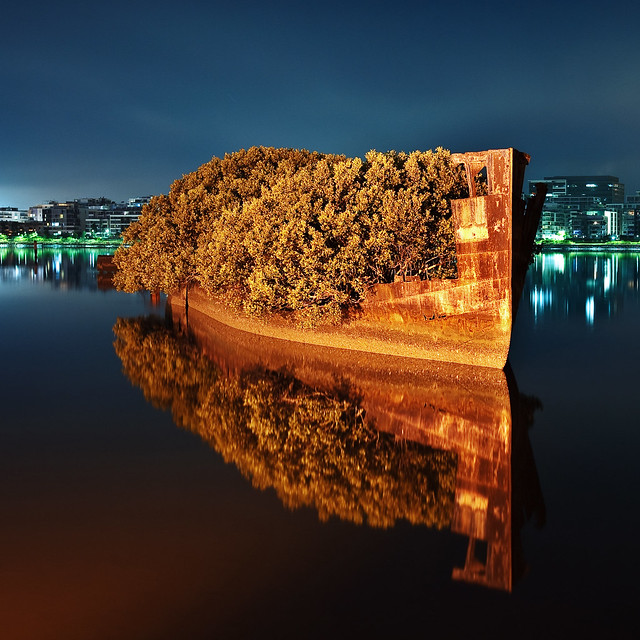