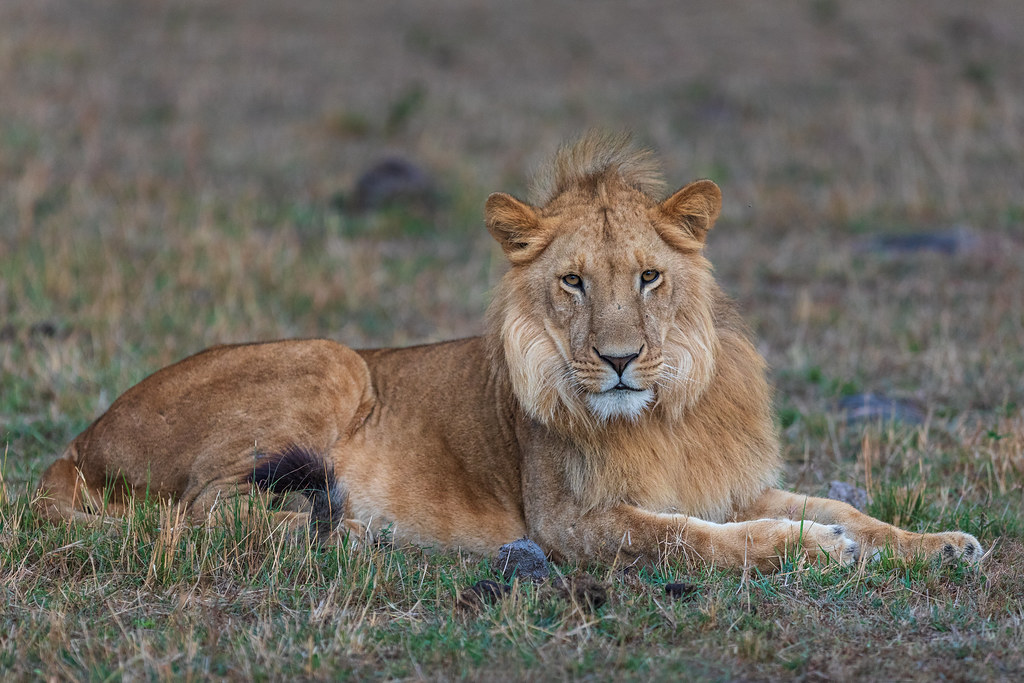 This particular afternoon was spent in the company of two young male lions and two young lionesses from the remnants of the Cheli Pride.  who were resting in the northern part of the Mara North Conservancy before their night of hunting began.

After sunset, one of the males decided to attempt to chase down a zebra which, with two companions, had wandered right into the area in which the lions were resting; but fortunately for the zebra, the premature chase was unsuccessful.