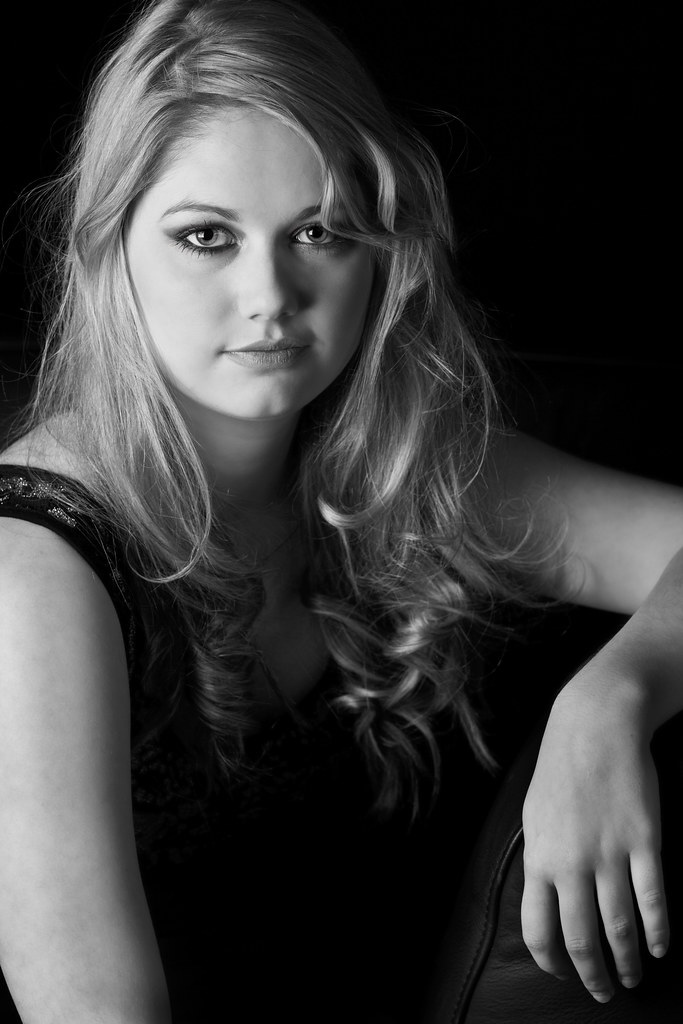 There is a bit of a story behind the cryptic title.

This is actually a grab-shot.  During the shoot, the iPod was playing, and a song by Australian dance group Sneaky Sound System was playing.

Sarah was miming along and putting on quite a performance, with head bopping, etc.

I decided to snap away, but she had stopped literally a split-second before I snapped this shot, and noticed my camera trained on her.

I was unfortunately ever-so-slightly too slow to capture her performance, but the result was a grab-shot showing her in a very natural and relaxed pose.

1.  Canon Speedlite 580EX fired through a softbox, positioned at 45 degrees camera left and triggered with a PocketWizard PLUS II.

2.  Canon Speedlite 580EX pointed at the backdrop and triggered with a PocketWizard PLUS II.

3.  Canon Speedlite 580EX II pointed at the backdrop and triggered with a PocketWizard PLUS II.