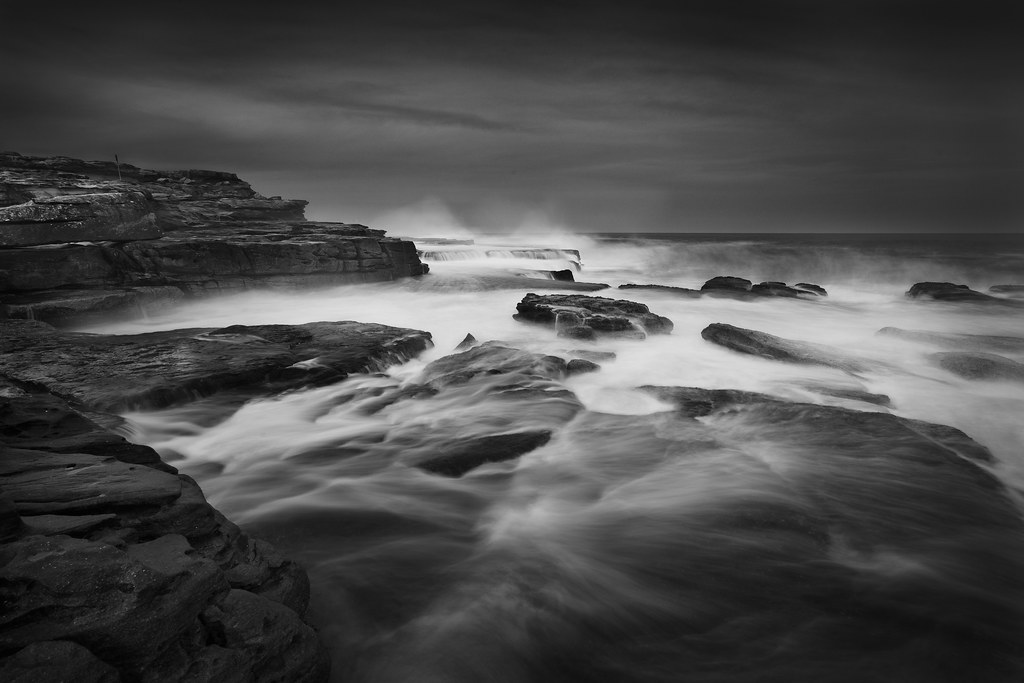 At Maroubra in Sydney's east, the intensity of the ocean's power became more intense as time wore on during a late afternoon and early evening shoot.

This black and white view emphasises the rich array of tones as the white wash of the ocean's fury collided both literally and tonally with the increasingly dark rocks, which appeared darker as the ambient light decreased.