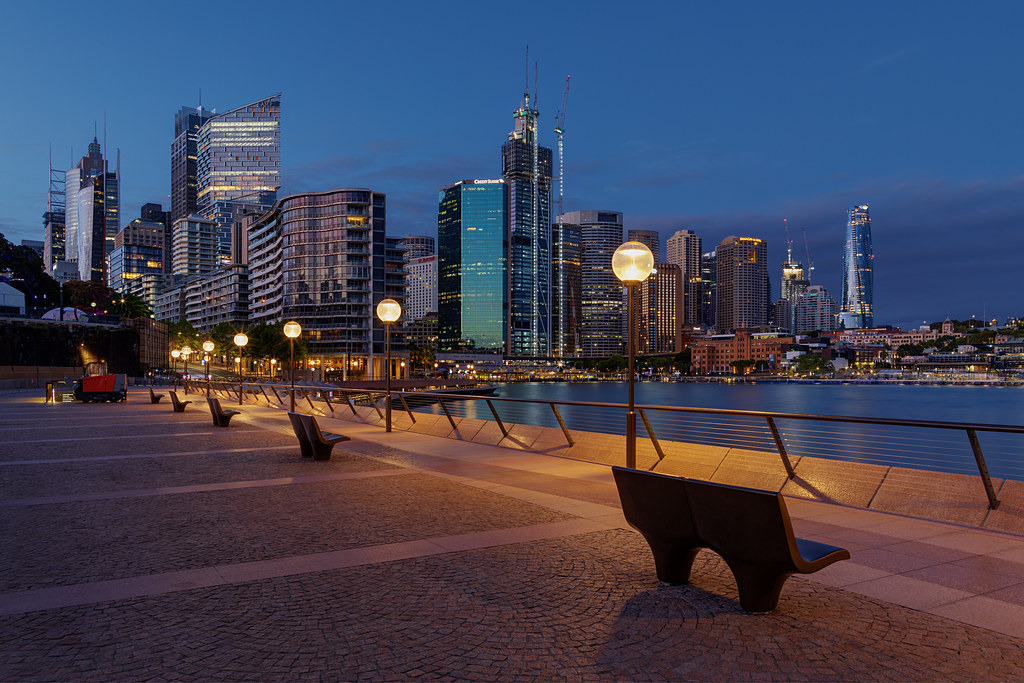 During some time off, I decided to head out for a dawn shoot for the first time in a long time.

My destination of choice was Circular Quay, and while this is neither the image nor the subject that I had in mind, I had to change my plan due to an inability to access my intended vantage point.

It was nice to be at Circular Quay very early in the morning, when very few people were around; and after capturing a series of images, I departed the area before many people had even arrived.

This view of the Sydney skyline is different to previous images I have captured, and also depicts the rapid development in the area.