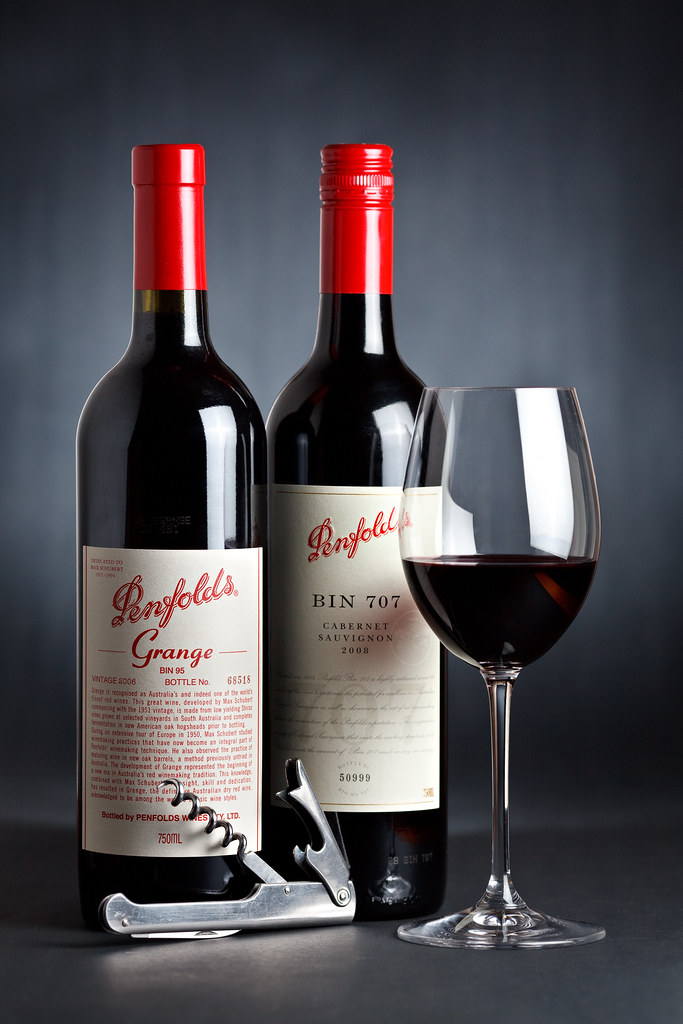 I have tasted both (this vintage of Grange twice), and both years were exceptional vintages in the Barossa Valley and surrounds.

1.  Canon Speedlite 580EX II set to 1/16th power and 24mm zoom, positioned 45 degrees camera right at a distance of 30-40cm, fired through a 40 x 30cm softbox and triggered with a PocketWizard PLUS II

2.  Canon Speedlite 580EX set to 1/128th +0.3 power and 80mm zoom, positioned behind the subject and pointed at the backdrop, fired bare and triggered with a PocketWizard PLUS II.