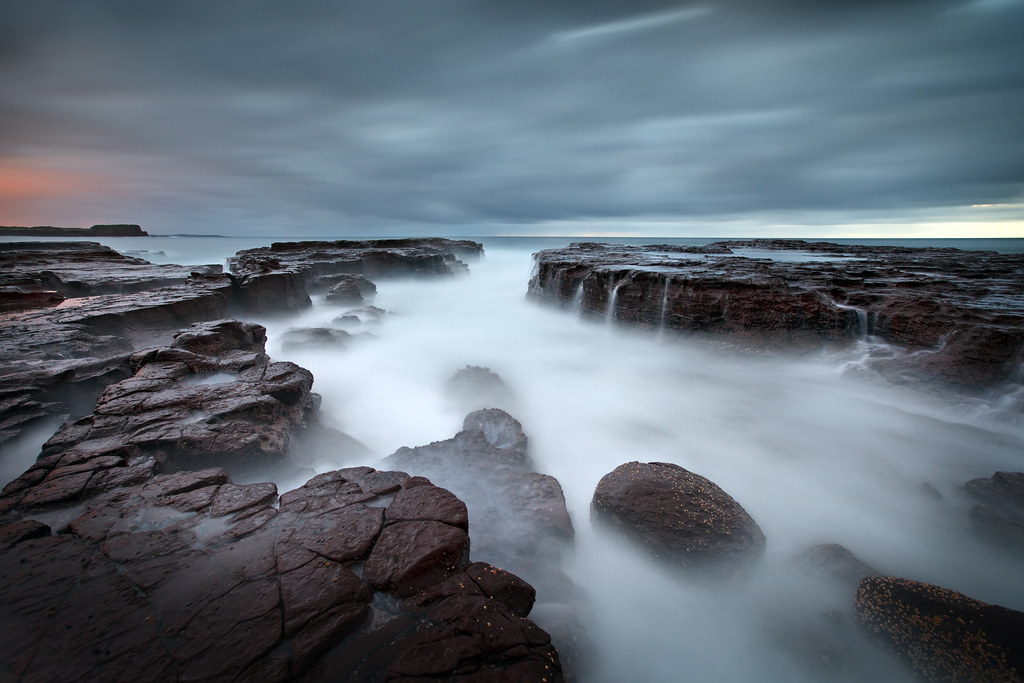 A few months ago, I discovered a fantastic seascape photography location on the NSW south coast, which appears not to have been visited by many photographers in the photographic communities of which I am a part.

I have visited this location twice — first with seascaping buddies Sonia, Steve, Malcolm and Don — and again today.  The sky was terrible during my first visit (and I was not happy with the images), but this morning it was moody and produced much better results.

I am very surprised that this location has apparently not been photographed much.  I only know of a few people who have been there, yet it is so accessible, dramatic and powerful.

In my opinion, it rivals and even exceeds many of the prime seascaping locations on Sydney's Northern Beaches, with big gorges, splashes and cascades aplenty.

This rock shelf features many striking features, and is only a few minutes' walk north from the ocean pool on the northern rock shelf at Kiama.

It is well worth visiting, and while the place can produce huge seas, there is plenty of space for retreating, and it is not as isolated as other rock shelves along the coast.

If you have not been yet, I thoroughly recommend this location.  There is a lot to shoot, and plenty of drama when the big sets of waves roll in.