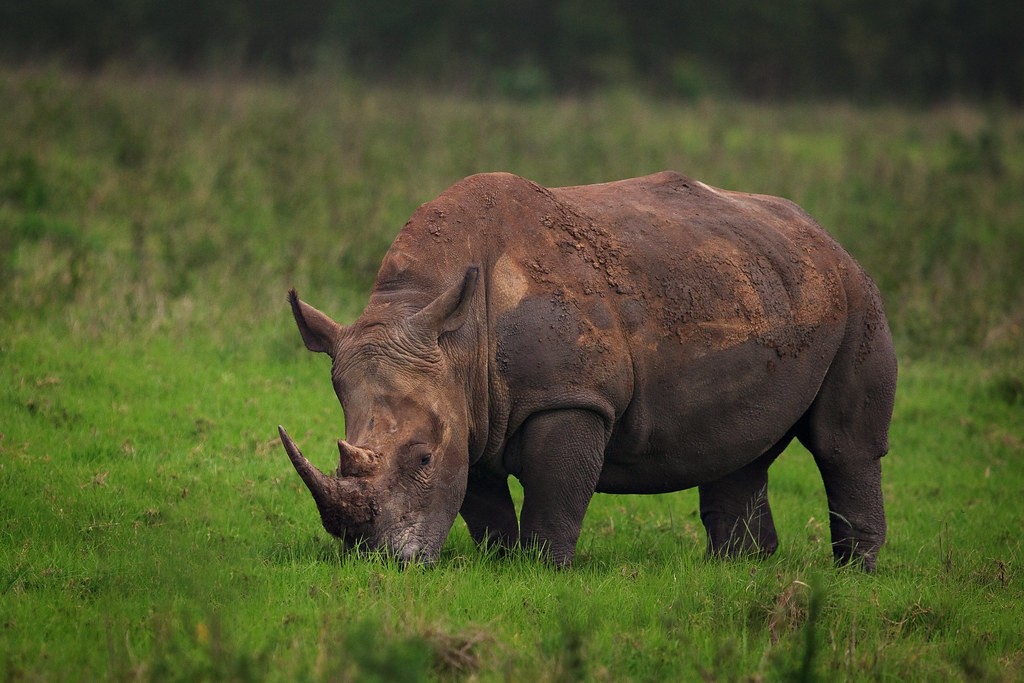 Our third sighting of white rhino during our stay at Tala Private Game Reserve, located about an hour away from Durban in KwaZulu-Natal, South Africa.

During our time at Tala, we took two game drives, and got very close to white rhino on both occasions; but we were lucky enough to also spot a pair of white rhino strolling across the hill in the background as we attended the outdoor wedding which brought us to South Africa in the first place.

I photographed this particular white rhino from a distance, but on both this game drive and the first two days earlier, the rhino were as close as five metres from the vehicle.

The white rhino is a grass eater, and has a wide mouth well equipped for grazing. The Dutch word for wide is "wijd", and the early English settlers in South Africa may have mis-translated the Dutch word as "white", hence the name.