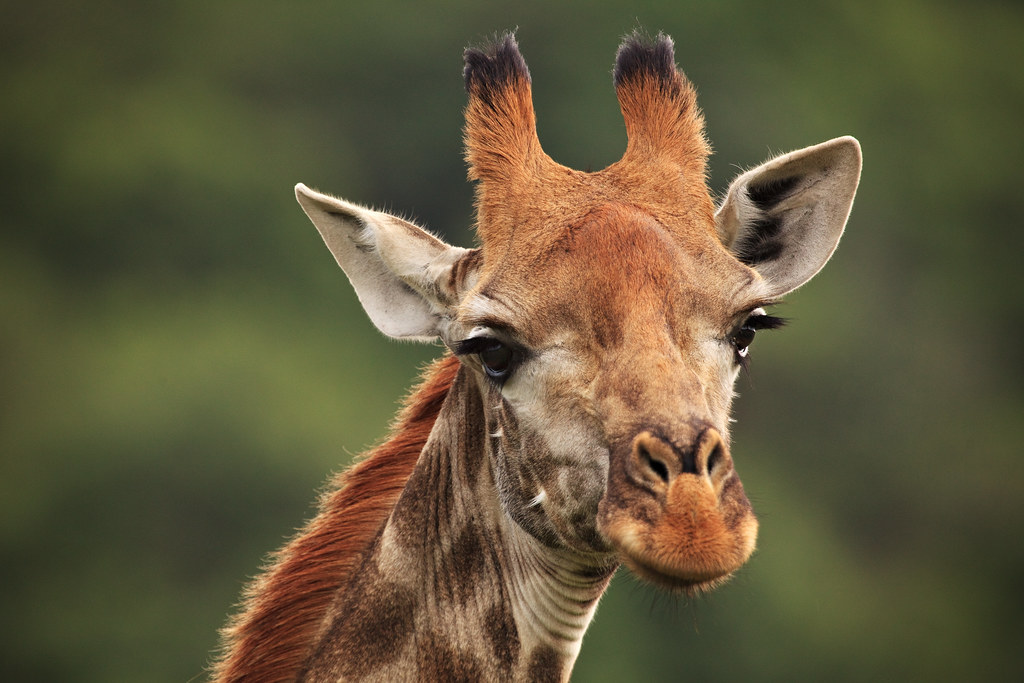 It was our final day at Tala Private Game Reserve, and we had booked a game drive for the afternoon. The following day, we would be leaving South Africa.

We were pleasantly surprised to discover that it was only the two of us on our game drive. We had a private game drive.

Amongst the many wildlife we saw, we encountered the giraffes of Tala. People we had met during our four days in Tala had been talking about these giraffes, and wanting to see them.

On our private game drive, we went off the usual track and into the thick, where seven or eight giraffes, including two pregnant females, were grazing all around us. We were allowed to exit the vehicle and stand in these giraffes' back yard.

One giraffe was inquisitive, and approached us. During our personal encounter with the giraffes of Tala, I photographed this beautiful creature. 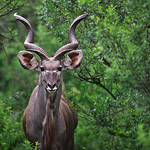 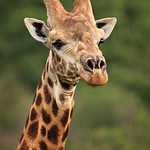 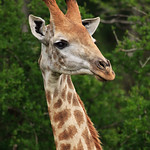 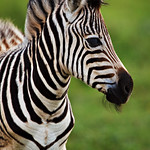