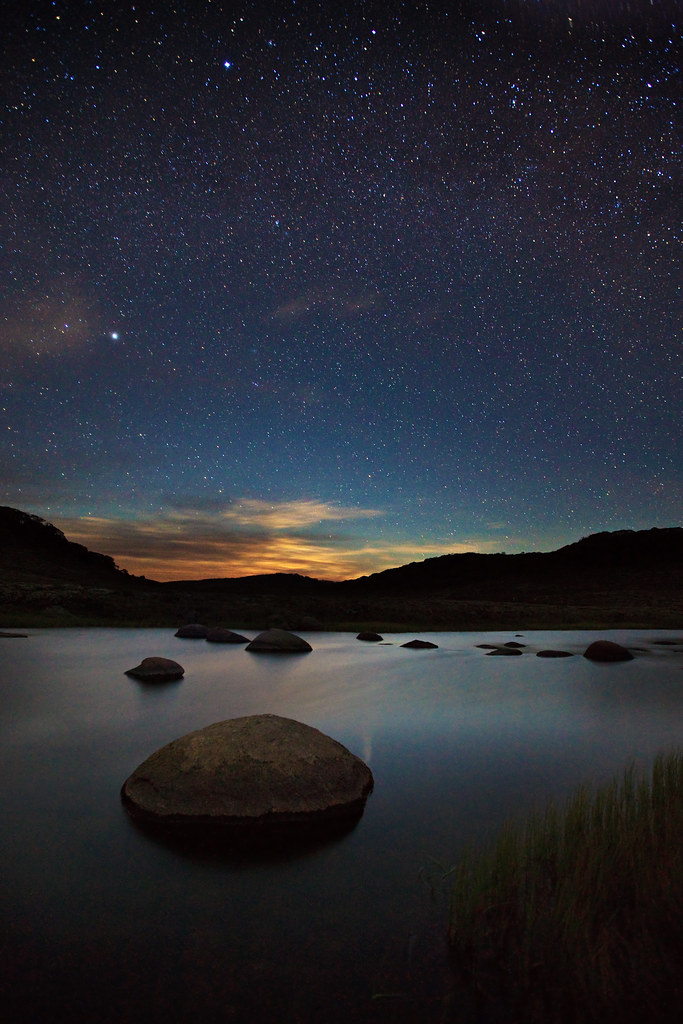 Dave, Lea, Xenedette and myself headed away to the Snowy Mountains of NSW for a two-day sojourn and photography expedition.

Having visited Charlotte Pass and nearby Spencers Creek on the first day, we decided to return later in the evening for some starfield photography by the creek.

It was exceedingly dark, and very difficult to compose, both due to lack of visibility, and soft, grassy ground on which our tripods were resting.

This image is the result of the best of what I shot on the night.

Unusual for my style, it is shot at a relatively high ISO setting, hence the lack of 'clean' presentation.

While the trip was not terribly fruitful in photographic sense, it was nice to get away for a few days and see a place we had not seen before.

The orange glow in those distant clouds is not the rising or setting sun, but the soon-to-rise moon, which peeked over the ridge not long after this image was shot.