Church of the Loaves and Fishes 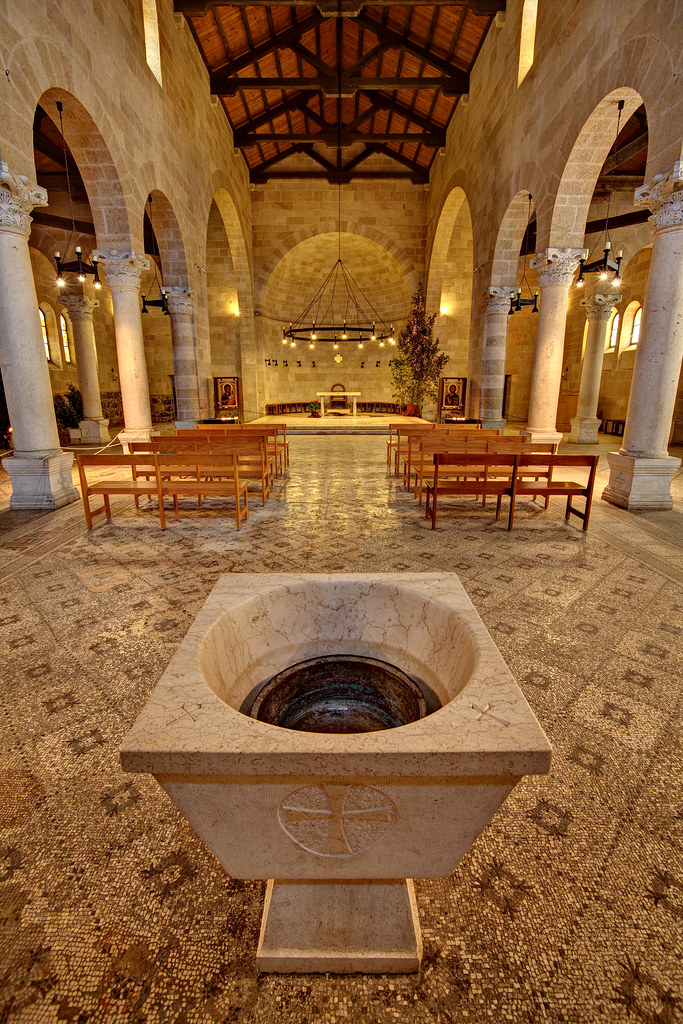 We spent the past two days travelling around the north of Israel, visiting the Sea of Galilee, Golan Heights, and Rosh HaNikra near the Israel-Lebanon border.

Yesterday we visited the Church of the Loaves and Fishes, which is located on the north-west shore of the Sea of Galilee in the area where Jesus performed the miraculous feeding of 5,000 people with a bounty of loaves and fishes.

This modern church, which now stands where churches stood in the fourth and fifth centuries, preserves an early Christian mosaic and the traditional stone on which the miraculous meal was laid.