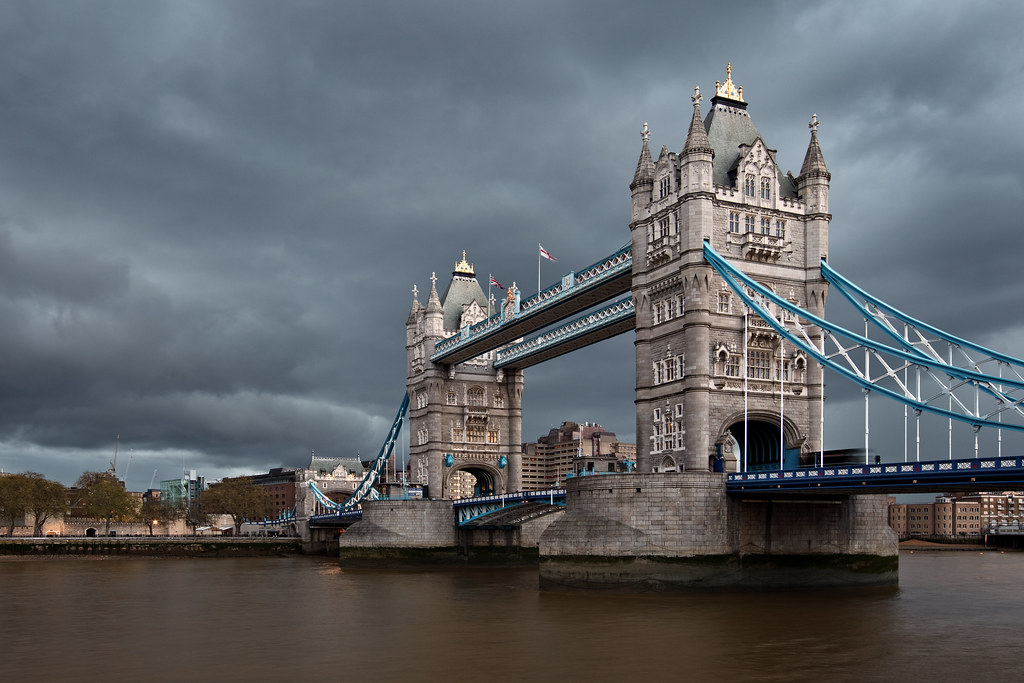 One of my intentions on our London trip in 2013 was to capture some evening twilight cityscapes of London from the River Thames.

On our first night, we headed to Tower Hill, and then proceeded across Tower Bridge so that I could shoot it from the south side.

Unfortunately the sky had become quite gloomy, and a combination of rain and wind conspired against me.

There was no chance of capturing the iconic Tower Bridge against a royal blue sky on this evening, as the sky had other ideas.

This image was the first I captured before the conditions became worse.

With the weather being as bleak as it often has been during the trip so far, I may not get the types of London cityscape images I have had in mind for a while, but time will tell. 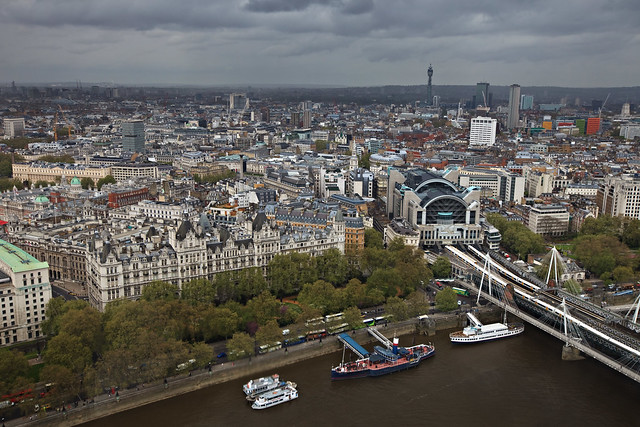 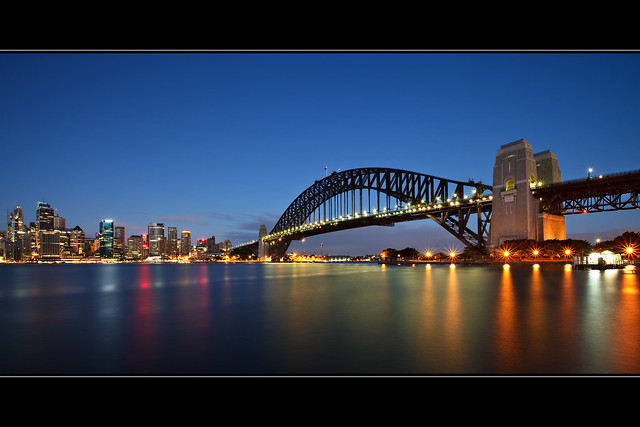