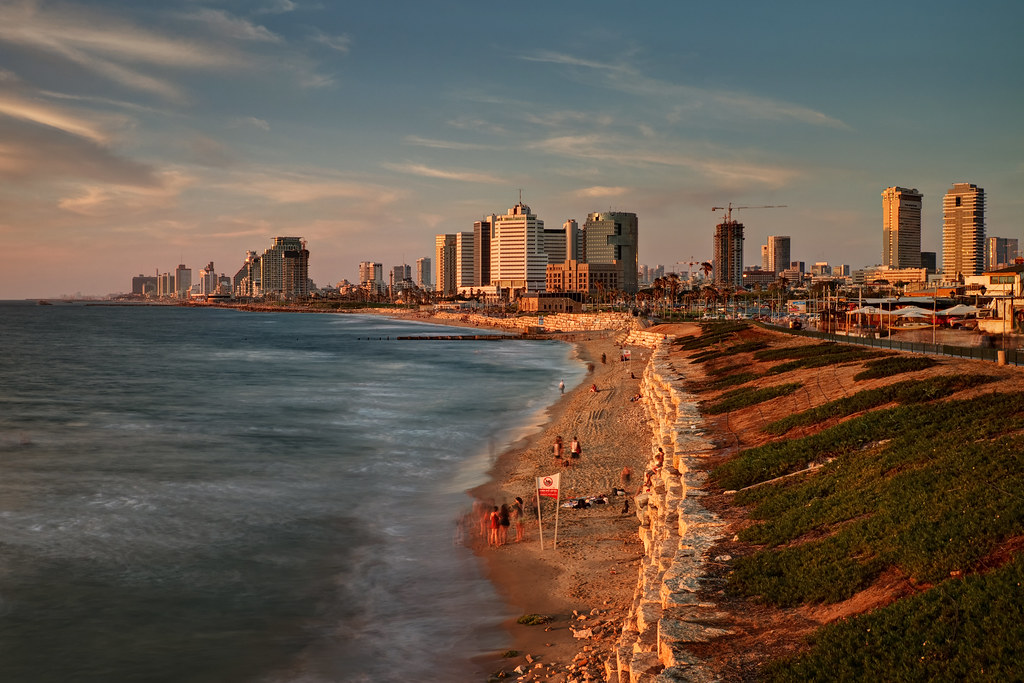 We have visited Tel Aviv twice in 2013, and I had been wanting to capture an image of the Tel Aviv skyline against the Mediterranean Sea from Yafo.

On our last visit, we ran out of time and decided to give it a try on the next, which was already being planned.

On our last full day in Israel, and after a big night of celebrations, we drove to Yafo in the early evening where I positioned myself for some golden hour and blue hour cityscape images.

This image is a view of Tel Aviv during the golden hour.  Later in the evening, we got to witness a beautiful sunset over the Mediterranean Sea.