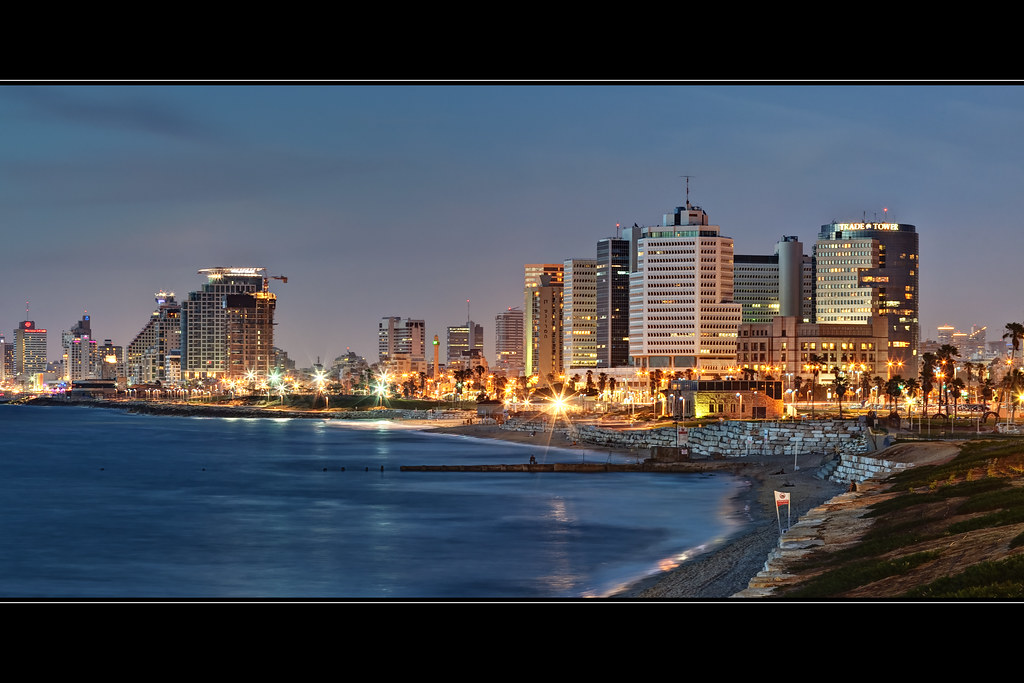 On our last night in Tel Aviv (תל אביב) on this most recent trip (the second to Israel in 2013), I was determined to capture an image of Tel Aviv during the evening twilight.