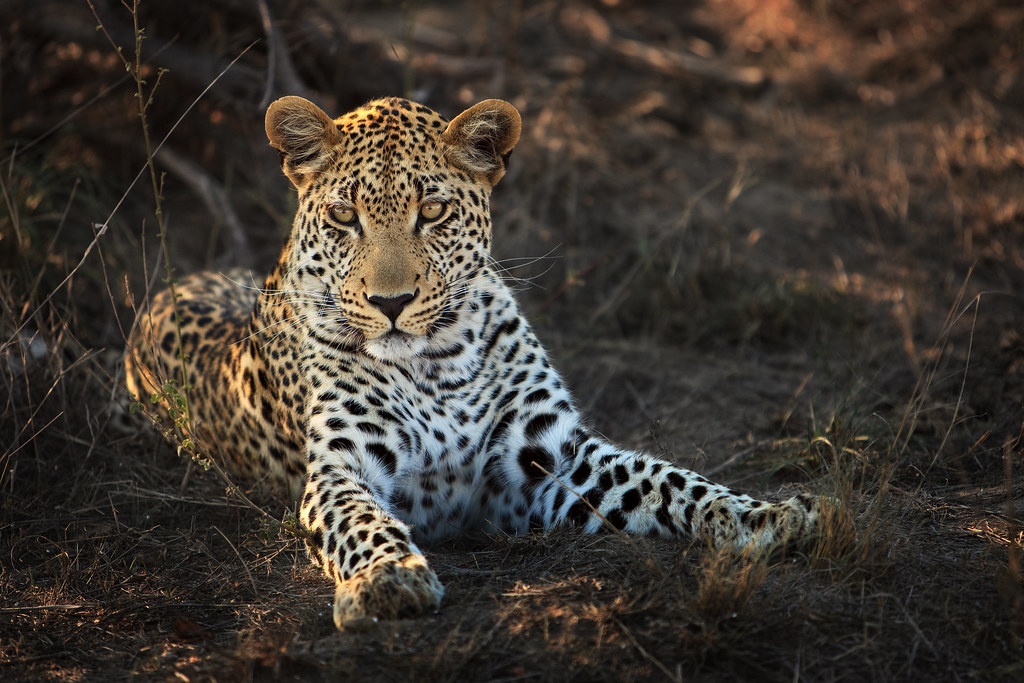 It has been a while since I posted an image I captured during our epic African safari adventures in October of 2012.

I still have quite a few images from that trip to publish.

I thought it was time for some leopard love, so here is Makepisi male, a resident of the Timbavati region of South Africa.

This was our second encounter with Makepisi male, 48 hours after we first met him, and in almost the exact same spot.

On the first encounter, he was perched on top of a mound, resting and soaking in the last rays of the sun for the day.

Here, he was also resting and soaking in the afternoon sun before a long night of hunting impala.