Up-close video footage I shot of Makepisi, a male leopard we encountered on our first game drive during a photographic safari at Motswari Private Game Reserve in the Timbavati region of greater Kruger Park, Mpumalanga province, South Africa.

We found Makepisi on another game drive nearly 48 hours later, in almost the same location at which we found him the first time.

In this video footage, Makepisi is sitting on a termite mound only several metres away from us.  It was late afternoon, and night was rapidly approaching.  As the sun went down, we continued to observe and photograph Makepisi, lighting him with a spotlight as darkness fell. 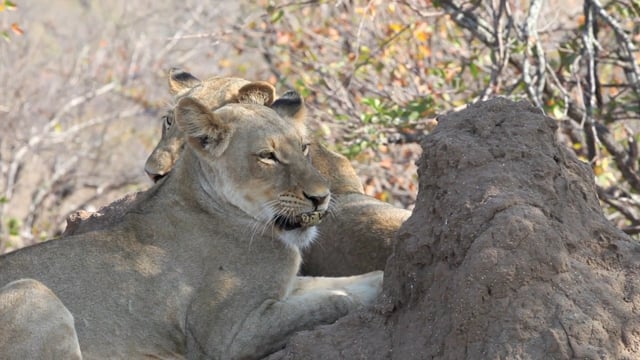